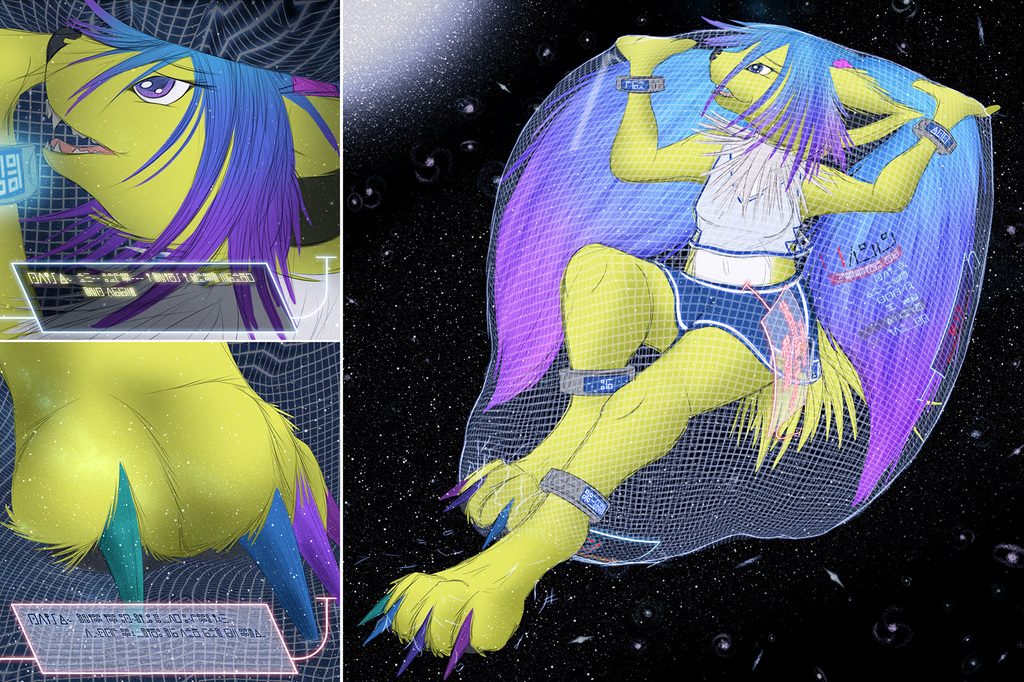 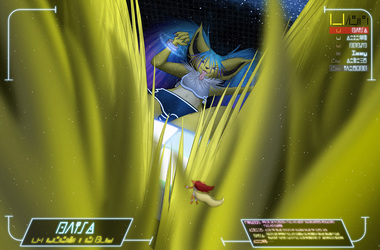 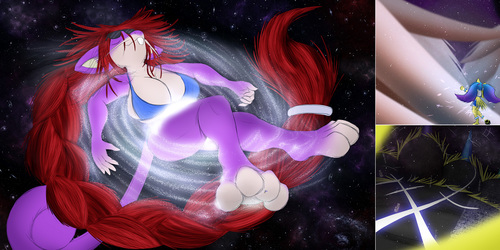 Erika crossed her arms over her chest and lorded her size over her classmates and friends. She always won at VR- always- but never like this. Never anything like this! The stupid game always cut her off when she was just getting started, before she even managed to outgrow Araltys. So lame! But today, she wasn't stopping. Bigger and bigger and bigger, and with no end in sight!

"Okay! First rule: as the winner, everybody has to tell me how awesome and huge I am!" Erika waited just long enough for her voice to ruffle the fur on her toes before declaring, "Too slow!" She squeezed her toes together and laughed as she gave them a wriggle. "Boy, I really am the best, aren't I? Too bad for all of you!"

Stretching out her limbs, the Jolteon yawned as she shook her head. "Too easy. I'm just so big, I'm completely unstoppable! And I'm just gonna get even bigger, and bigger, and BIGGER! Faster than all of you tinies put together times… Times… Times a million jillion gazillion and ten! And then I'm just gonna grow even more than that! I'm the biggest kid- biggest Araltian! Biggest ANYthing! And that's the way it's supposed to be! And the way I'm gonna keep it! FOREVER! Hahahahahahahahahahah- Ow! Hey, what gives?! What the heck…?"

Erika pulled in her arms and legs as she felt a pressure exerting against her. "... Huh? Um... Guys... I think I just found the roof!" With an experimental shove, she stretched out again- and felt the whatever-it-is stretch too. As she pulled and pushed, she saw a spherical region of virtual space around her straining and fading into view in the shape of a white net.

"... I dunno what this is about, but like heck am I gonna let anything outbig ME! I'm the best and biggest, and that's final!" Hmphing and growling, Erika swung her limbs about to smash as many solar systems as she could, skyrocketing her score and size even as she dug her claws into the net's surface. It took mere moments for her to start punching through the barrier, her fingers and toes escaping out into whatever was on the far side.

Erika's entire paw smashed through the net, plunging out and triggering a cascade of tears and shreds that rapidly weakened the barrier as her body began to strain it on all sides.

Erika belongs to myself