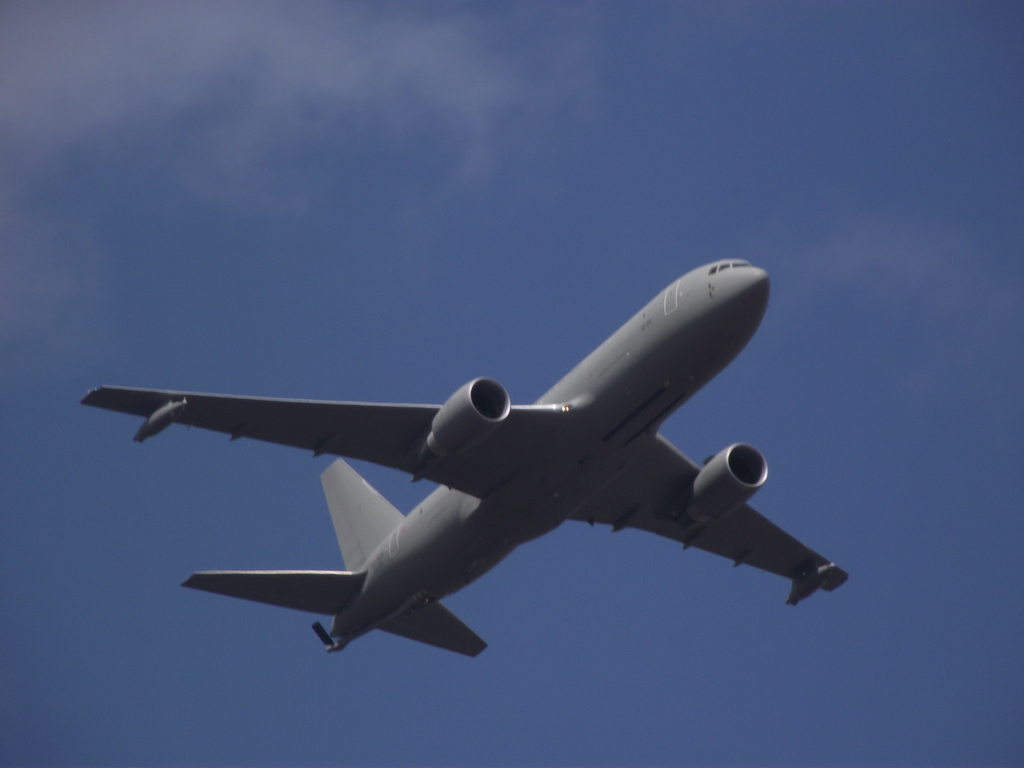 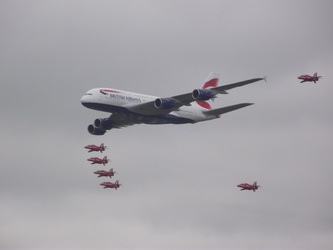 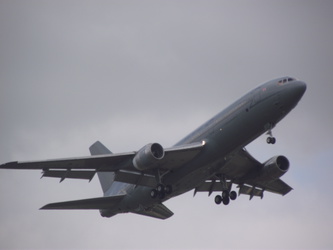 This the Italian Air Force's new air refuelling aircraft the Boeing KC-767. This a military aerial refuelling and strategic transport aircraft developed from the Boeing 767-200ER. The tanker received the designation KC-767A, after being selected by the U.S. Air Force initially to replace older KC-135Es. In December 2003, the contract was frozen and later cancelled due to corruption allegations.