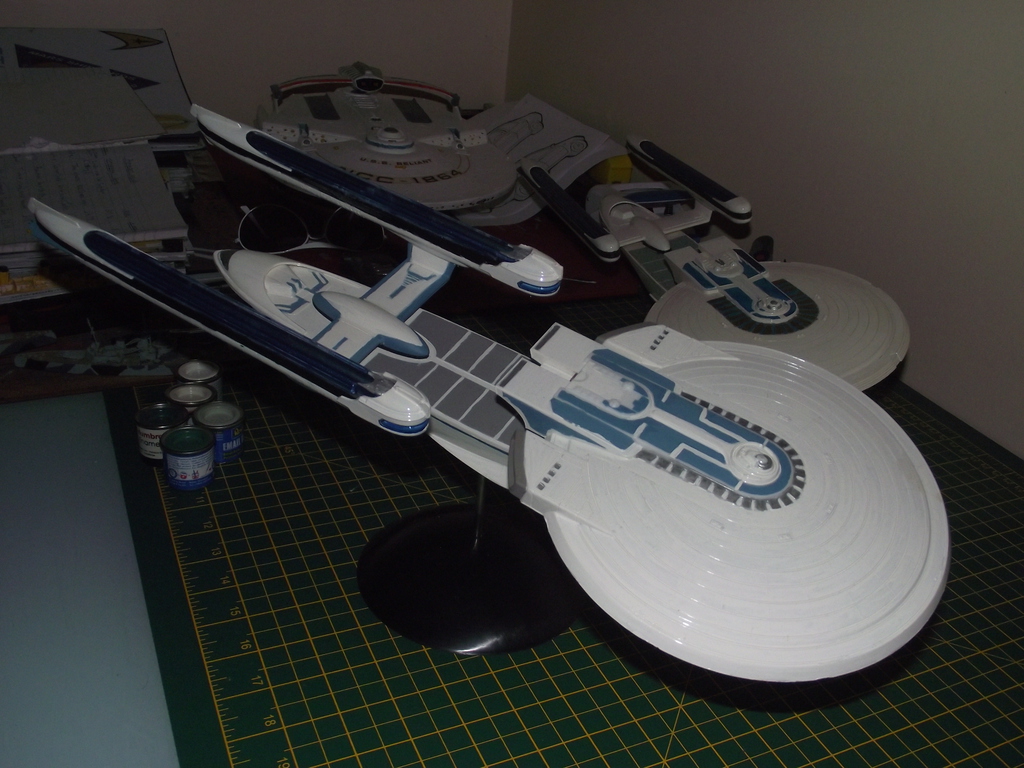 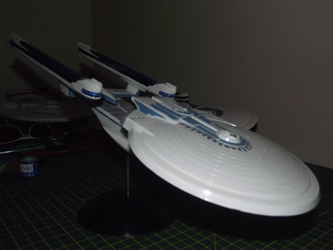 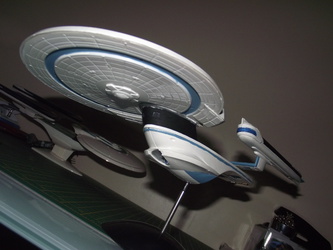 The model does look better than the original Excelsior class with sexy warp nacelles and impulse engine, still she got a great deal and body paints with some little errors corrected the model looks better than ever.