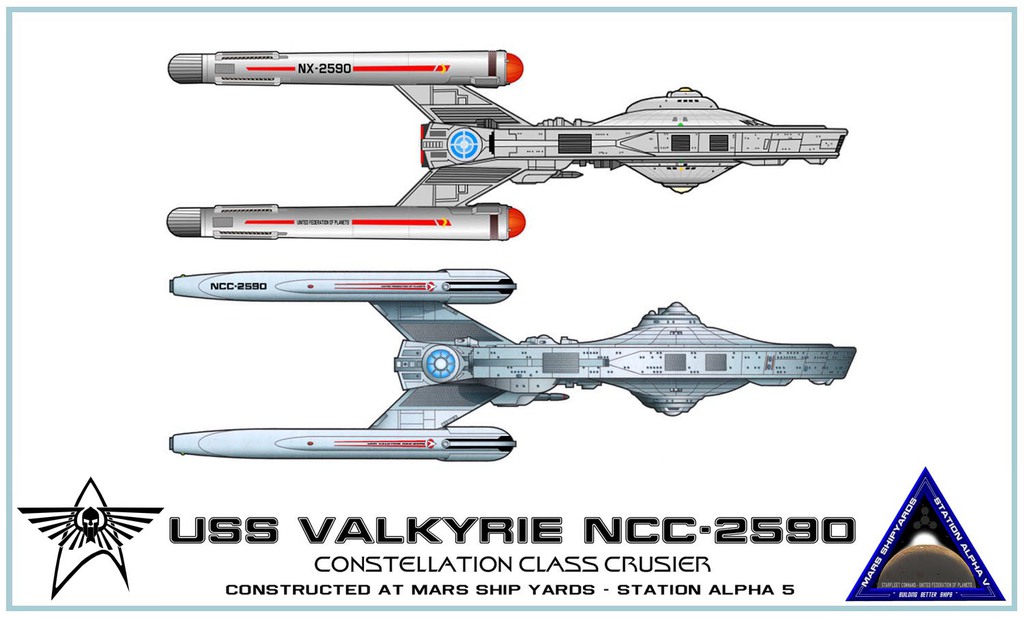 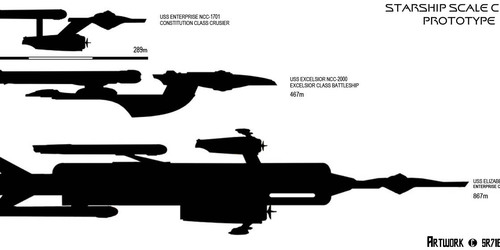 In the early 23rd Century Starfleet wanted more cruisers and battleships, but Starfleet wanted a four nacelle crusier fast and under powered. S-A-V designed and constructed a Prototype crusier known to be as a Constellation Class but it was in the early stages of research development to built the right parts and systems for the class. The first prototype was the NX-2590 USS Valkyrie which was the only vessel in Starfleet with the name in the 23rd Century although later in the early 24th century she was upgraded but not as the prototype model but the original design like a refit. Many vessels on the Constellation Class ships such as the USS Constellation, Stargazer, Victory and Hathaway were in service in Starfleet but the Valkyrie was the first in service. Until she was decommissioned shortly after the discovery of the USS Stargazer re-appearance.