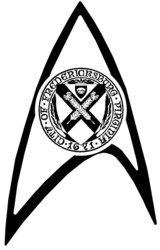 The USS Newquay maybe a name of Cornwall's most famous and popular holiday towns in South West Cornwall, United Kingdom with long golden beaches and pubs with the population increasing. The Cornwall Class Heavy Battleship maybe be not as large as the Proxima Class starships but does carry the same amount of phase cannons on the starboard and portside hull with standard phasers on the saucer section makes a ship better than a crusier type vessel. There are also other names due to carry among the Cornwall class ships based from the largest towns and cities in the county of Cornwall.