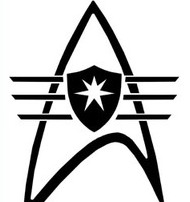 The Proxima Class Starship was introduced in the Game StarTrek: Legacy which was first seen in TOS Era. The vessel has four long warp nacelles on the port and starboard side with two long secondary hulls. The saucer section is much larger in size than a Constitution Class that also has 2 torpedo tubes at the far front. She' a slow moving vessel but slow at impulse speeds also her weapons are phasers and phase cannons.