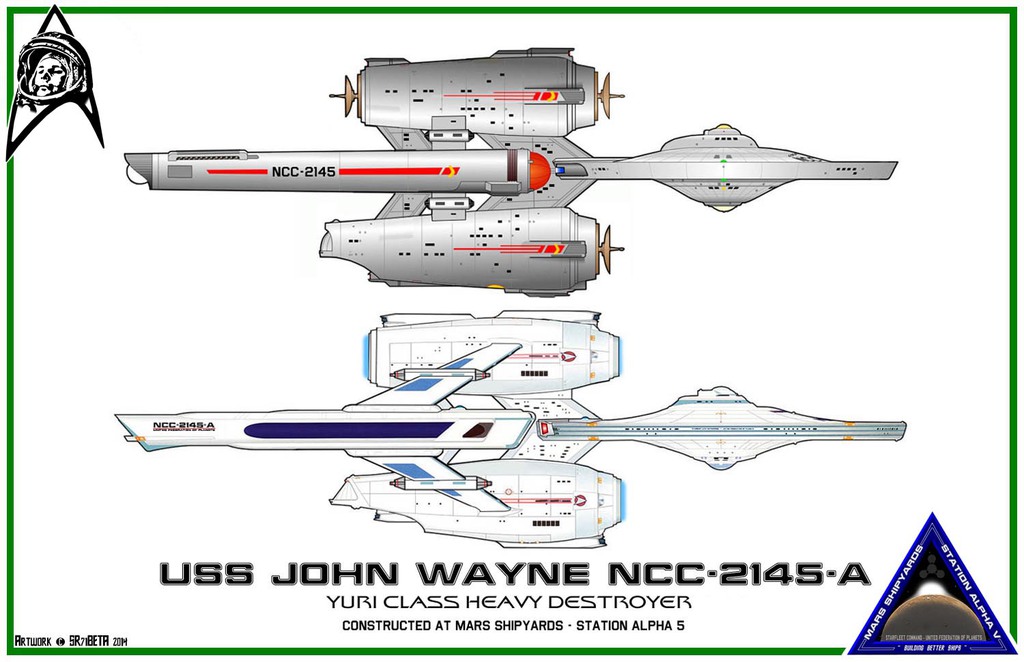 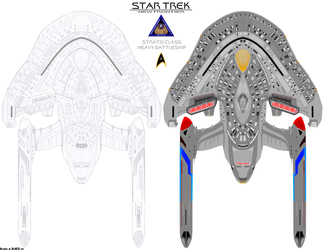 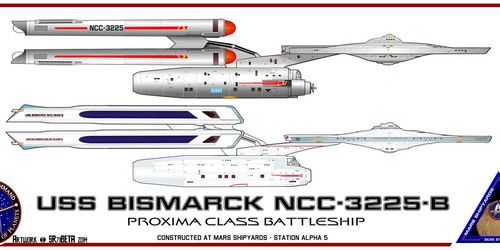 The Yuri Class is one of the most powerful but ugly looking heavy destroyers ever designed in Starfleet. The name chosen for this type of vessel may be after a Russian Cosmonaut who went into space but also an 19th Century American actor who was best in action and war movies was suited for the a ship that carries powerful weaponry. Still Starfleet do want the minds of starship designers to have such warp capable ships with weapons that can be used against Klingon and Romulan ships during combat.