The Biggest Shipyard by SR71BETA 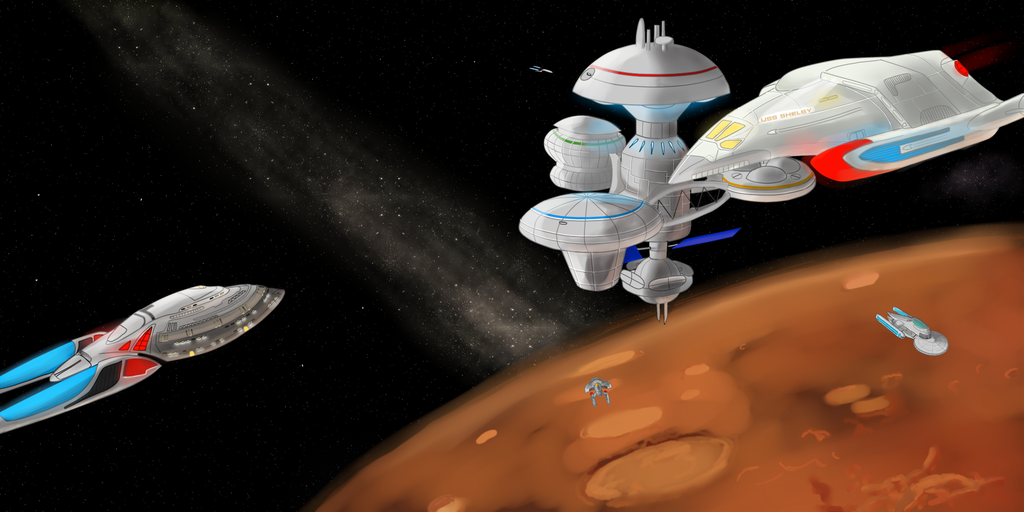 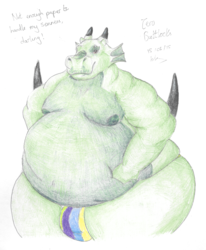 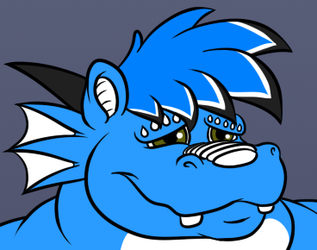 This is Station Alpha 5, one of Starfleet's most advance shipyards ever constructed for the future of the Federation. Built in the late 22nd century on Stardate 47457.1 the Birth of the Federation. The Station itself was constructed to be in high Orbit of Mars in it's early stages there was the Designing Station very small compared to Earth's Dry dock platform. The purpose for this Station was to design the biggest Shipyard to contain factory roles and operations for new advance starships and shuttlecrafts. 100 years later in the Early 23rd Century Starfleet allows the continue project of Station Alpha 5 under-going designs with each interior and exterior designs and with the number of personal who will be on the manifest for the new completed shipyards. 20 years later the Core of the station was being built same structure as the Earth's Space Dock and it's design but modified to hold more than 10 starships and a longer larger dimension of design of the station itself. On Stardate 9521 during the Praxis crisis, the main station of Station Alpha 5 was completed while the First Hub was being constructed. New starships including the Yuri, Franklin and Pluto Class ships were being commissioned in service. 22 years later during the lost of the USS Enterprise NCC-1701-C at Narendra III, the Second Hub was completed and more advance starships were in service and more command staff were involved also Starfleet ordered more shipyards to be installed in Mars Orbit. Station Alpha 5 was the most biggest Station within the Sol System also where the most Starfleet vessel were built during the time where the Anaconda and some Excelsior class ships were being commissioned for service.

Stardate 41153.7: The new Starship USS Enterprise NCC-1701-D was in service and the Third Hub of the whole Station was completed. Most of the designs of the Galaxy Class ships were from Utopia Planitia Fleet Yards but some of it's hull and deflector designs were designed by the personal in Station Alpha 5. More advance starship designs were designed, built for special missions of exploration most of Starfleet's secrets lie with Section 31 advise that Station Alpha 5 can design and construct Militarised starfleet vessels for combat. On Stardate 47457.1 when Admiral Erik Pressman was relieved from Command after the discovery of the Pegasus cloaking device Section 31 continued the project when on Stardate 48212.4 the new starship / warship USS Defiant had a Romulan Cloaking device with modifications. Commander Kevin Sean Morrow of Station Alpha 5 received orders top secret to built 3 starships with cloaking technologies for combat vessels. Stardate 48315.6: After is loss of the USS Voyager many months later Starfleet has cancelled all starship designs to start building dry docks for other starfleet shipyards which were near by Station Alpha 5, Commander K.S.Morrow had to relocate the whole station into a different Orbit of Mars to get all clear movements without any collisions with other traffic of vessels. Stardate 48315.9: 20 Galaxy class starships attended Operation "Anchor The Titan" to relocate the whole Shipyard of Station Alpha 5 and it's designing station on the other side of Mars Orbit by using their tractor beams for the History to tow the whole station and it's populated crew onboard with tones of starfleet vessels intact within side the Central station. After the successful of Operation "Anchor The Titan" Station Alpha 5 in in the correct Orbit and the continue of the all the constructions of all Starships were underway. Even the Original mission was Building Better Ships for starfleet until 17 years later after the Return of the USS Voyager the whole of Station Alpha 5 has evolved with new advance technologies and warp fields. the Knowledge from Voyager's journeys warp travel, medical advancements and weaponry including more tactical data of the Borg, Species 8472 and Holographic Enhancers. All that data was acquired and used for Station Alpha 5 for design more powerful looking ships for a different era.

It's the 26th Century and all of Starfleet has explored beyond the Alpha Quadrant, made new allies and foes throughout the Galaxy. New starships have been designed as Admiral K.S.M has ordered many Alpha V-Type Shipyards around the Quadrant commanded by other starfleet personal. It's been busy here all morning, day and afternoon with ships going in and out and that's the fun of all.