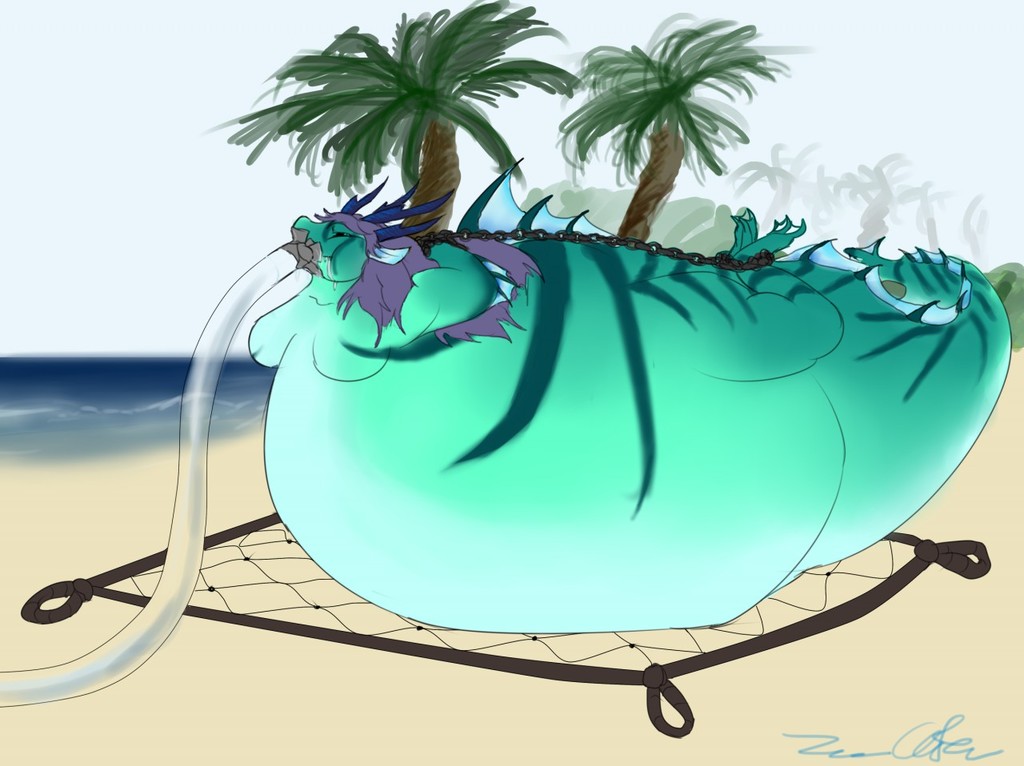 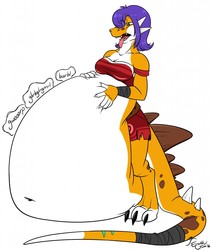 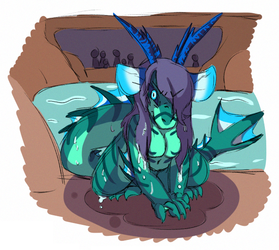 It is with great pride that we announce a successful conclusion to our efforts to locate and capture an oceanic slaughterdragon for study and public display in our zoo. Despite the rarity of those creatures and the potential risks involved in capturing and transporting an apex predator of this sort, careful planning ensured that our field workers were able to subdue and escort her to our facilities unharmed.

During the preparatory phases, two main obstacles were identified ahead of time with regard to transporting this type of aquatic predator: maintaining a healthy fluid balance for the specimen, due to the potential for excessive moisture loss during a lengthy transit period out of water; and finding some way to subdue the specimen sufficiently to ensure the safety of the workers who would be spending said transit period in close proximity.

Fortunately, after extensive consideration, a simple solution was found that required only the use of a heavy duty hose and an industrial water pump, and, while we had to upscale the weight expectations for transit quite significantly, it did ensure that the operation was an unmitigated success.

Experts have confirmed that no permanent damage has been done to the specimen, and we are confident she will eventually regain her dignity despite the spate of embarrassing photos of the situation currently being spread on social media. She is now being given a brief rest period to allow her return to a more presentable size, after which time we will be ready to put her on public display in her new enclosure.