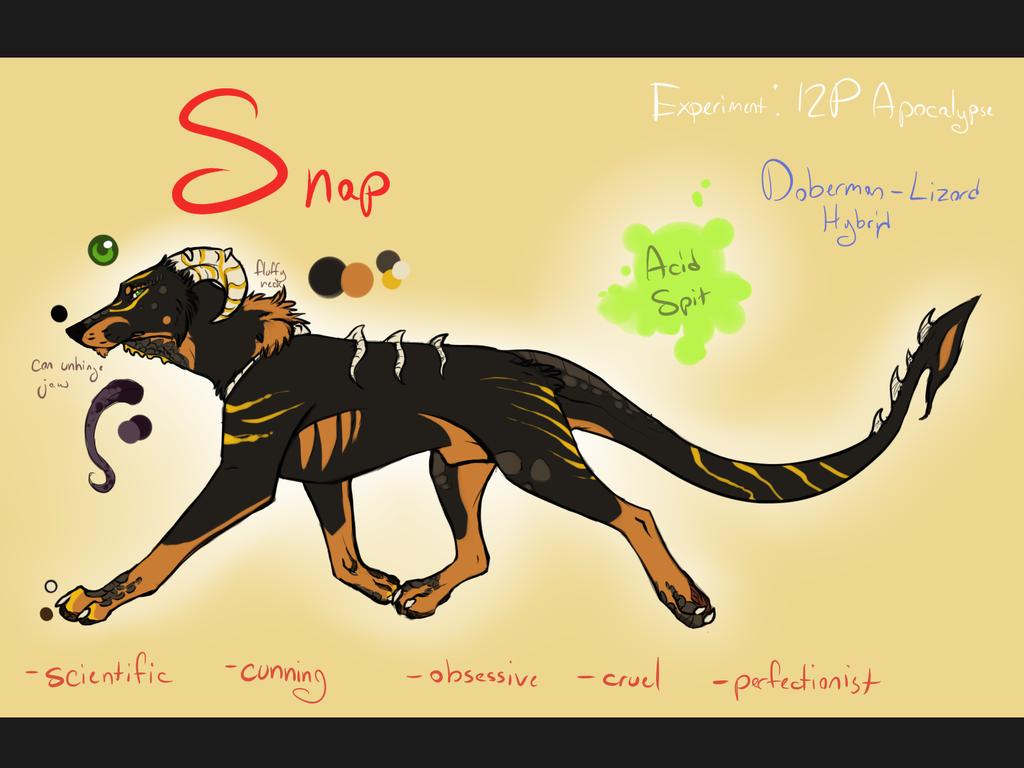 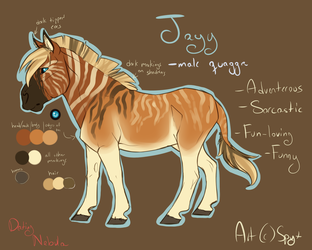 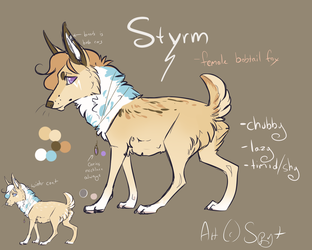 This is Snap, one of my uber ancient characters who just kinda rots in my folders. He started out as an Umbreon Houndoom mix thing, but I thought that was hecka lame so he got changed into just a weird science experiment. He's a mix between a doberman and a lizard :U I've had this sketch since last year I think, so I just finished the coloring and slapped up some text.

Information
-Yellow "markings" are really just paint. Snap applies it all the time (and occasionally will use other colors, but that's super rare). No one ever sees him without it on, nor do they see him put it on.
-Spits acid like a jerk. Its strong enough to begin melting flesh (its stomach acid). Tends not to do it since it would be considered p rude,