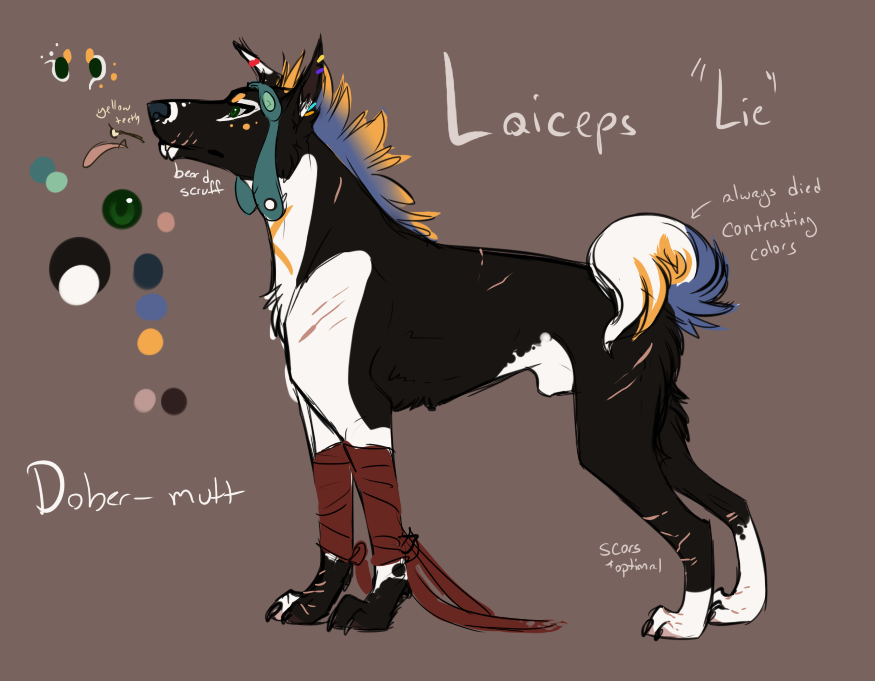 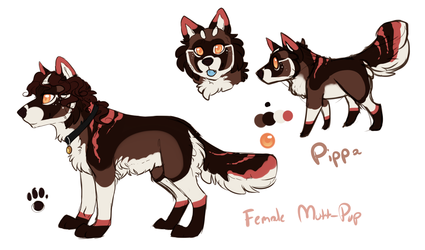 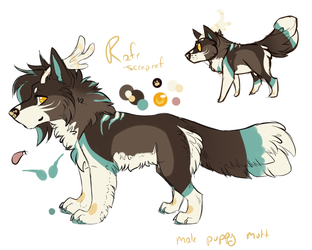 Laiceps needed an update because his old design was 1. stupid looking, 2. not fun to draw. He'll be getting a new ref along with all my other characters who need one.

Information
-Laiceps was originally made as the anti-version of my sona, Special. I didn't use him as one, but his design used darker versions of Special's colors, the X was what I used instead of the peace sign, and his personality can be considered the opposite of Special's.
-Liaceps is scary smart, and generally keeps a pretty neutral expression. He is extremely skilled at just about everything, not that he'd let you know. He keeps to himself and that is it. Now, when he goes into a psycho mode that changes. He will find something exciting and do that. Be it extreme dancing, rollercosters, paintball, or taking on toasters with a baseball bat. If someone happens to get in his way, all the better. Expect to loose some limbs, or at least bleed a lot.
-His ears are a bit ripped and he has scars from getting in a ton of fights.
-Stupid rainbow piercings are optional.
-Can also wear either a tie or a collar.