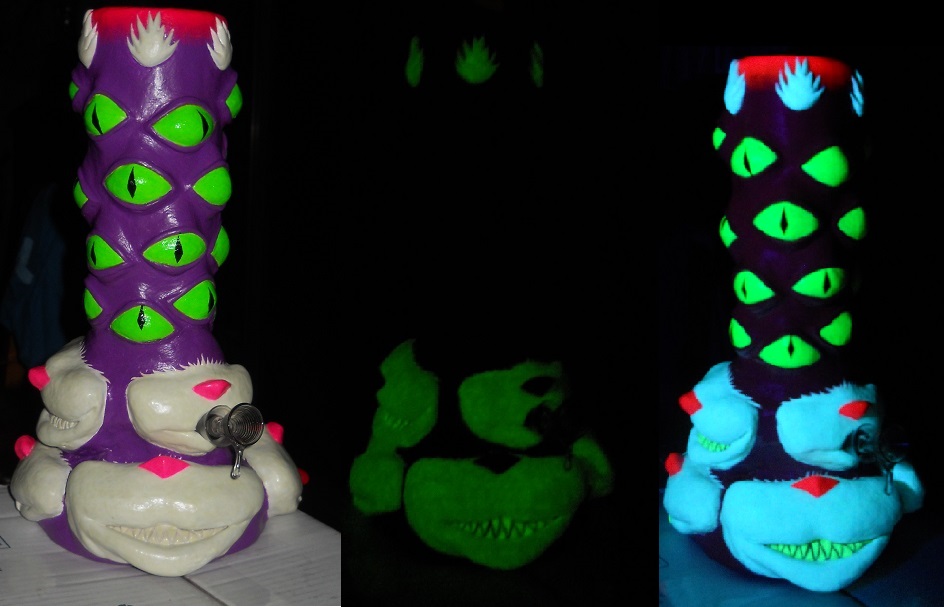 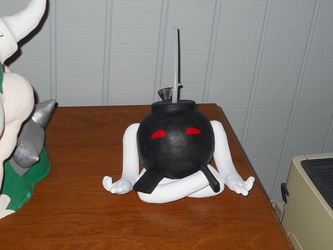 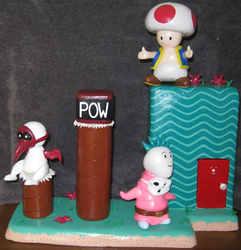 EDIT: Dagnabbit I meant to submit this as though it were music so I could include a soundtrack! >.< oh well...this seems fitting.

FINALLY done with this damn thing, 2 hours late. I'd hoped to finish it within one month. but, not too tardy.

anyway, it's polymer clay with acrylic paint, glows in the dark and is blacklight reactive and will probably not get much use since it seems I'm done smoking for the foreseeable (ha!) future.

just the other day I was looking at fursuit making videos and it occurred to me that cast-resin follow-me eyes would have looked much cooler, and probably have been a lot less work. since this piece got messed up in various ways I'm thinking of making a second version at some point. but, not for a good while. at any rate I learned some valuable lessons, mostly involving support structures, and am glad to have this one finished.

also, it would please me big big if in commenting on this submission people (you) could

REFRAIN FROM USING THE B-WORD