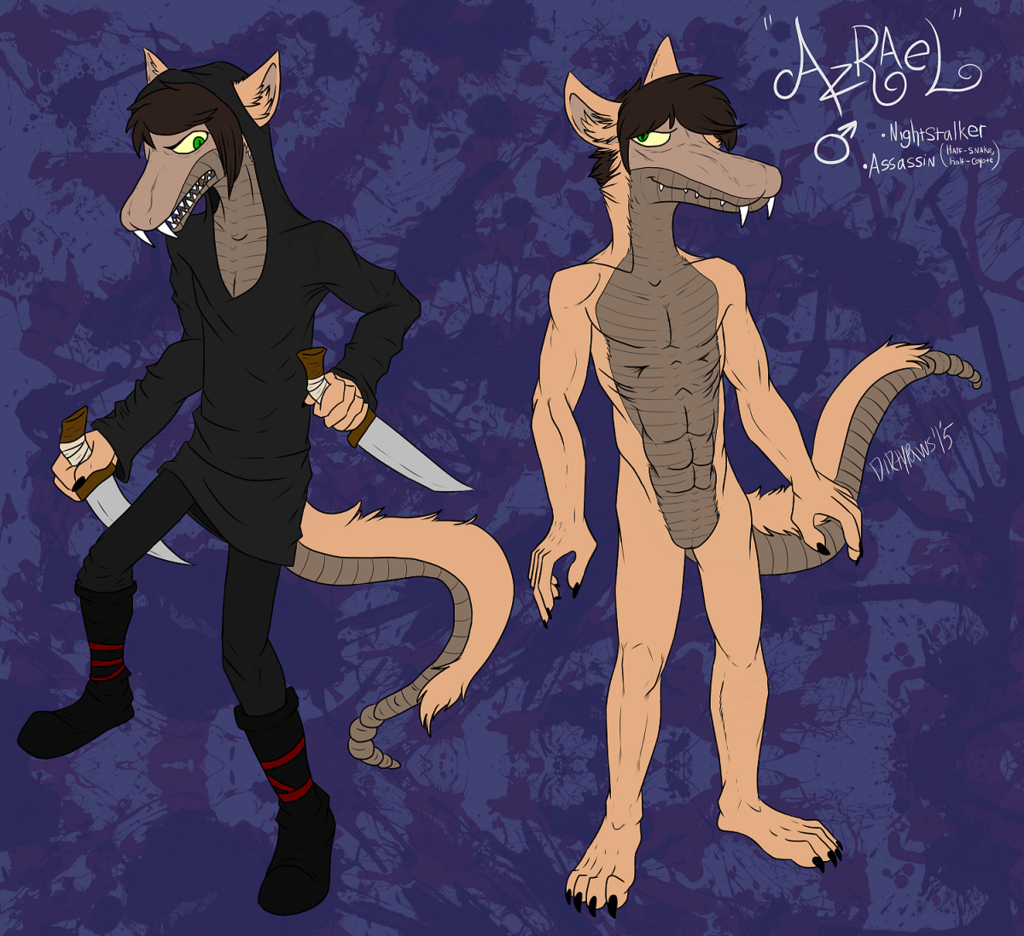 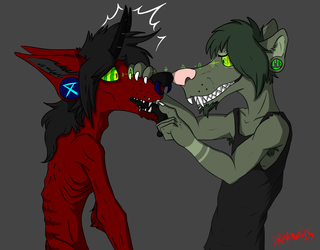 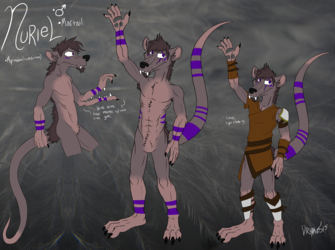 Azrael, the newest character to Chasseur's storyline. he's a nightstalker, IE essentially half-snake, half-coyote. Azrael is not his birth name, but rather a name he gave himself, as those in higher power in his world were often named after angels.

Azrael, as of now, is neither a "good guy" or a "bad guy" but rather a chaotic neutral sorts. He works for-hire, and doesn't really concern himself much with moral issues such as Chasseur and Raindancer's quest, nor issues such as Nuriel's work to stop them. As of now, Azrael associates himself more with whoever will pay him.