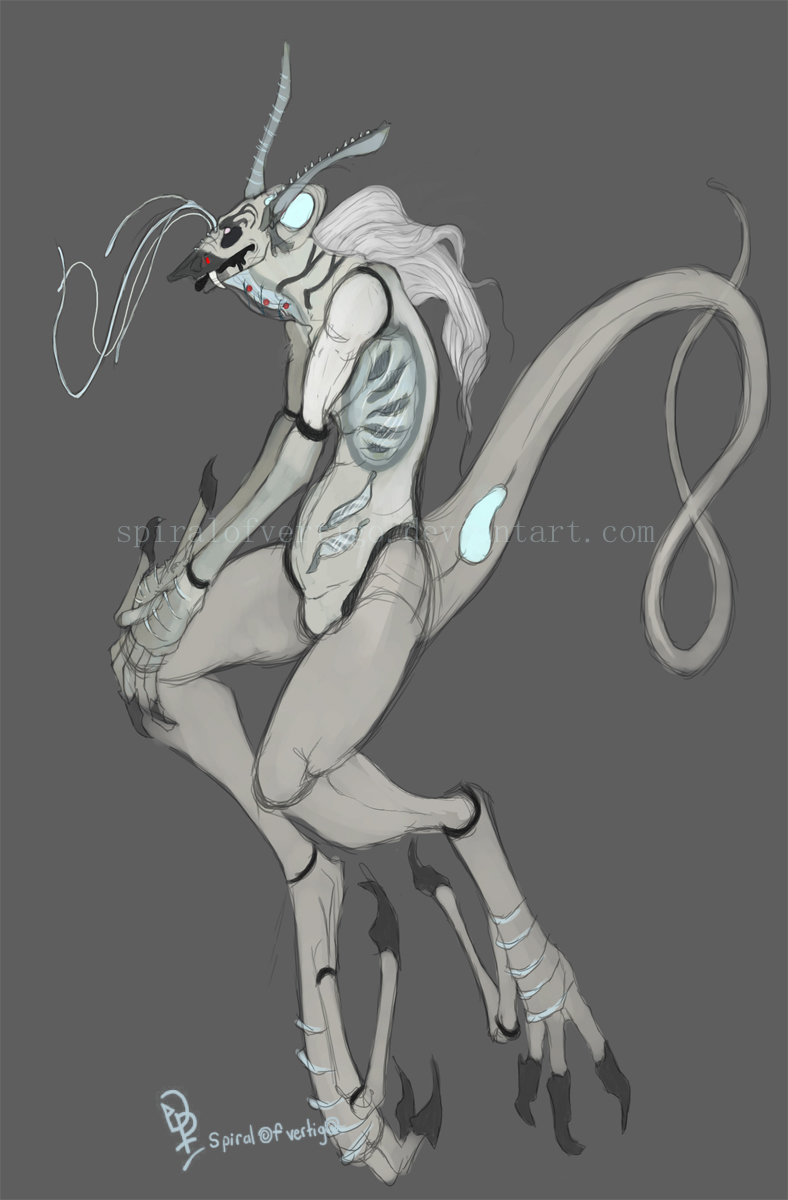 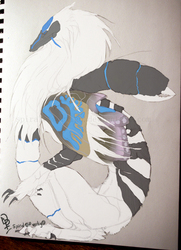 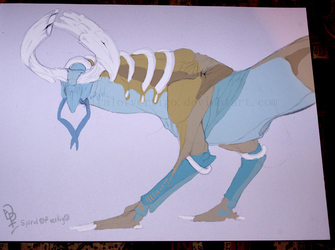 The Glass Throat Crypth's have see through necks and very pale skin. Large hard panels on their heads are glow spots. They have a few glow spots along their bodies including right behind their nostrils.

Some Glass Throat's have see through spots along their chests and rib cages as well. Both sexes have articulated ribs almost like fingers that can compress so they can squeeze through small openings. The ribs are very noticeable on all individuals. Their skin is hairless and smooth; they do have double layers of skin like the other Crypth races but it is a clear layer that they shed out of. Long feelers extend from in front of their eyes that glow and act as whiskers helping them sense the environment around them. They also intertwine their feelers to show affection.

Their bodies are rather long as well as their limbs. Shoulders and other joints are segmented like an insects. Their tails are longer and more slender than other races.

Males have one color of glow spots and females can have multiple. Glow spots are normally yellow, blue, or white but other colors are possible especially in females. Females also have wider ears towards the tip.

Glass Throat's do not normally go to the main cities; they do however stay in the 'low light' cities that were built to house more light sensitive races. Many travelers go to these cities to sight see by the use of special contacts that are provided to them.

Their feelers allow them to emit electro magnetic fields; used both for communication and freaking out their prey. When their feelers are intertwined they can share imagery and 'see' each others thought patterns. Most of their food source in the caves see with electricity allowing them to be top predators in their region.