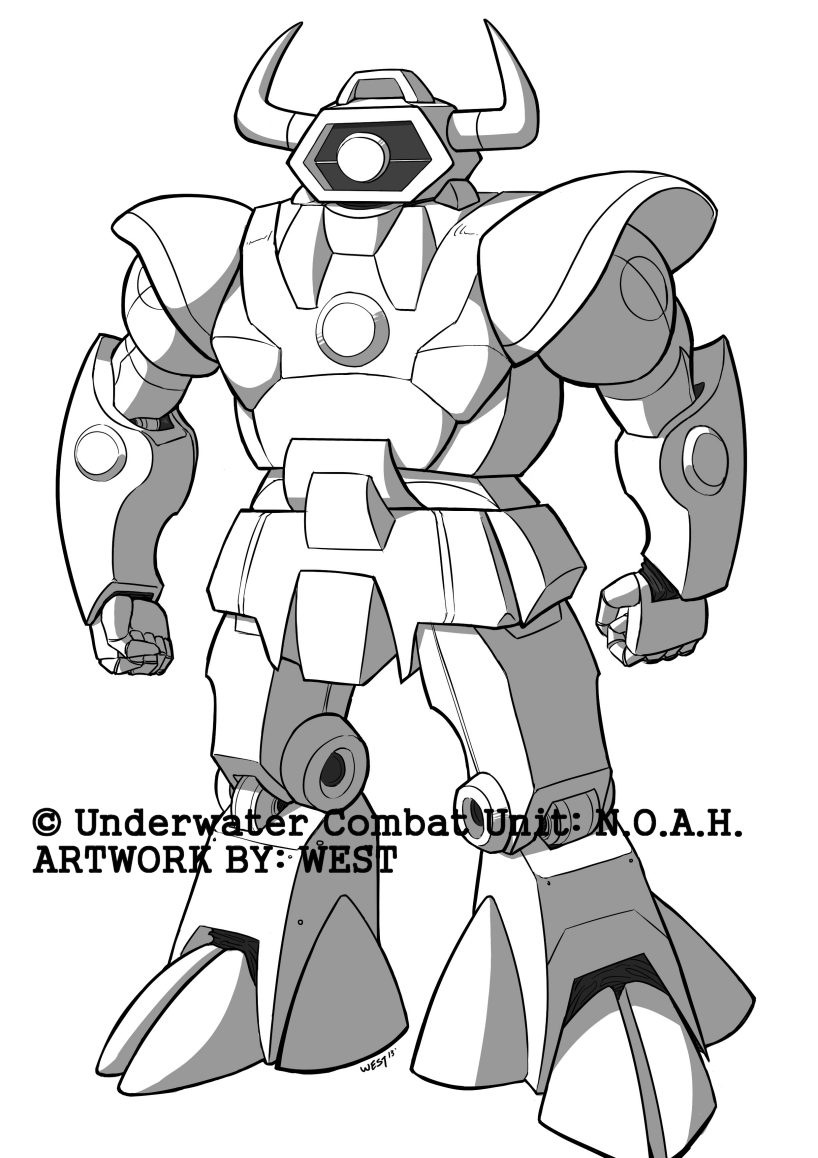 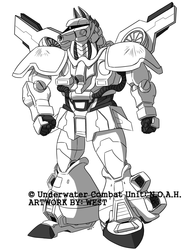 While the combat trials for both the Pegasus and Aries avatars were under way, the Shehaqim corporation quietly started another class of machines to replace both avatars as well as the Lupus. It had been clear for some time that any future machine produced for the war effort would need to be faster, more maneuverable, more armored, and rely more on energy based weapons than before. Out of this effort came the Taurus, which was to serve as the start of a new generation of avatars for use on both the Demiurge Front and in space.
The Taurus was built as a new machine from the ground up; every component of its frame and power plant was redesigned based upon lessons learned from combat observations and performance measurements to produce an avatar that had a higher power output and speed than previous models. During the design process, the armor plating was rearranged to cover the more vital areas, while some areas were reduced in coverage such as the arms to increase reaction times. The same ground effect hover system from the Pegasus was worked into the design to give it a high flight speed in a gravity environment, while additional thrusters were added to increase output.
The weapons payload was also changed to reduce weight and improve logistic problems that have plagued the Earf operations since the beginning. The newest and perhaps most unusual addition to the Taurus is the Arbatel Flash system, a Babel particle accelerator coil that can release a fairly large, but non-damaging, flash of energy that can blind an enemy unit. Speculation has been that this was perhaps a failed attempt to create a light energy weapon, but also to serve as a starting point in using new techniques to mass produce newer particle weapons in the future since accelerator coils tend to be fairly fragile.
The “D” version of the Taurus was created along side its space based cousin, the Alpeh variant, instead of being a space use design later adapted to another environment. As a result, both machines are very similar to each other in performance and parts supply.
Unfortunately the Taurus D was introduced too late into the ground war to turn the tide in the Cosmic Heavens favor, and all production lines were converted to produce only the space use Alpeh version.