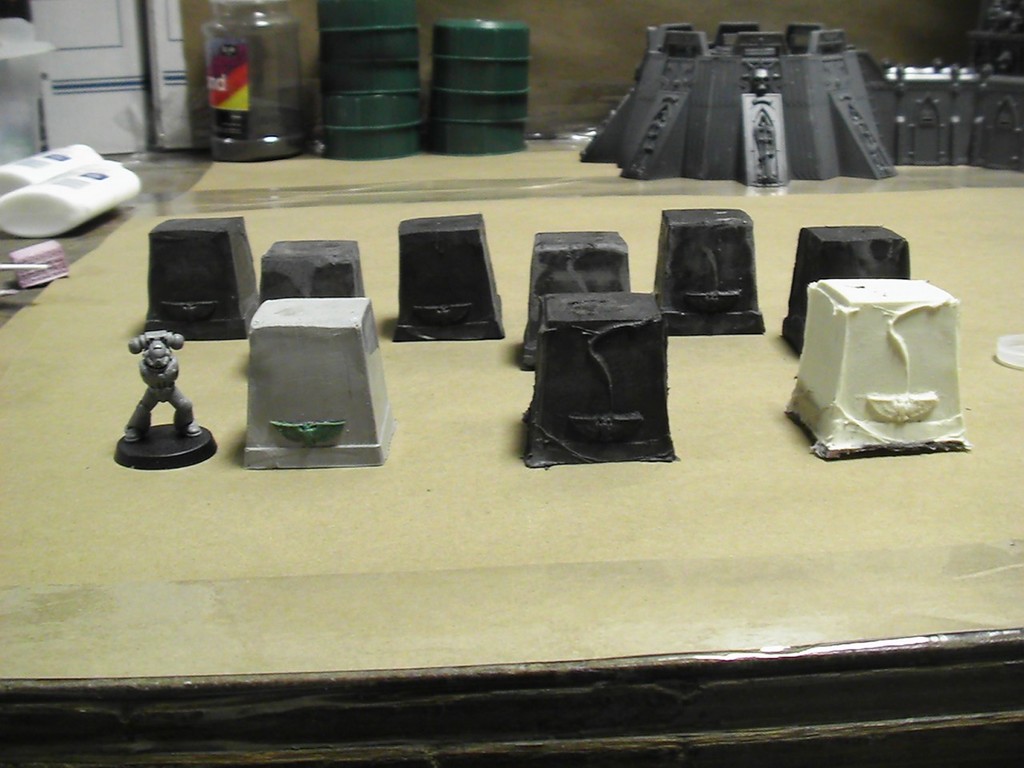 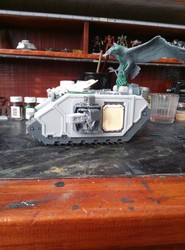 Was bored at work the last few weeks, and after playing around with a plastic snack cup, I did some quick molding and got a prototype made before making another final mold. It did not turn out as great as I wanted it to be, but was close enough that it would work just good enough.

The two on the right in the front row are two unfinished ones that need to be cleaned of bad mold lines, and the one on the left is the first prototype. Marine shown for scale purposes.

As you can tell, these should stop a super heavy tank fairly well while giving any defending infantry some cover.