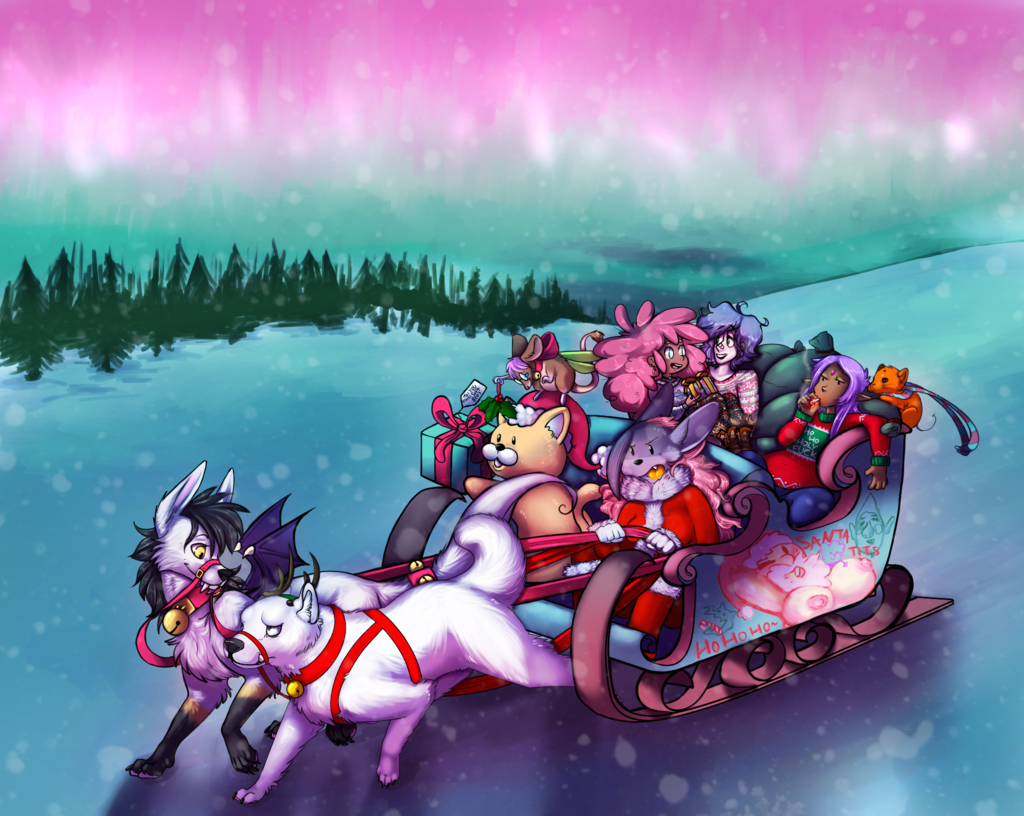 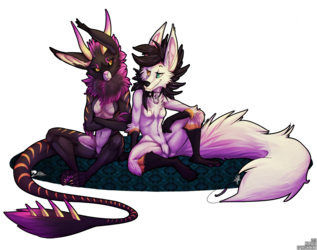 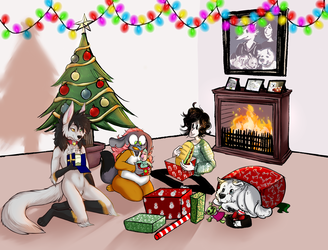 This was a fun little collab that I did with some of my bros. -w-

The term softbro is an inside joke that we call each other based on this--> http://41.media.tumblr.com/a2cb6eadc4b94bfaf0ac1f7aeb7f7a5c/tumblr_mzzq9xMeHK1qbq5kto1_500.jpg

We came up with the idea together, everyone did their own sketches and lineart for their own characters.

- I own Duchess (winged canine), and Holly (fairy mouse). I did the shading, shine, color overlay effects.

- Owns Arf (white grump dog) and Hythe (smol hellspawn bby). Line-art for the sleigh and originally came up w/ the idea for this whole collab.

- Owns Chris (short-haired purple dude) and Bob (toon cat), and also did the background and part of the sleigh graffiti.

- Owns Chinch (AGGRESSIVE MUSHER) and Phil (long haired purple dude), also did most of the graffiti on the sleigh.