Dankwood, Son of Sorghum the Slayer by SpiderMilkshake (critique requested) 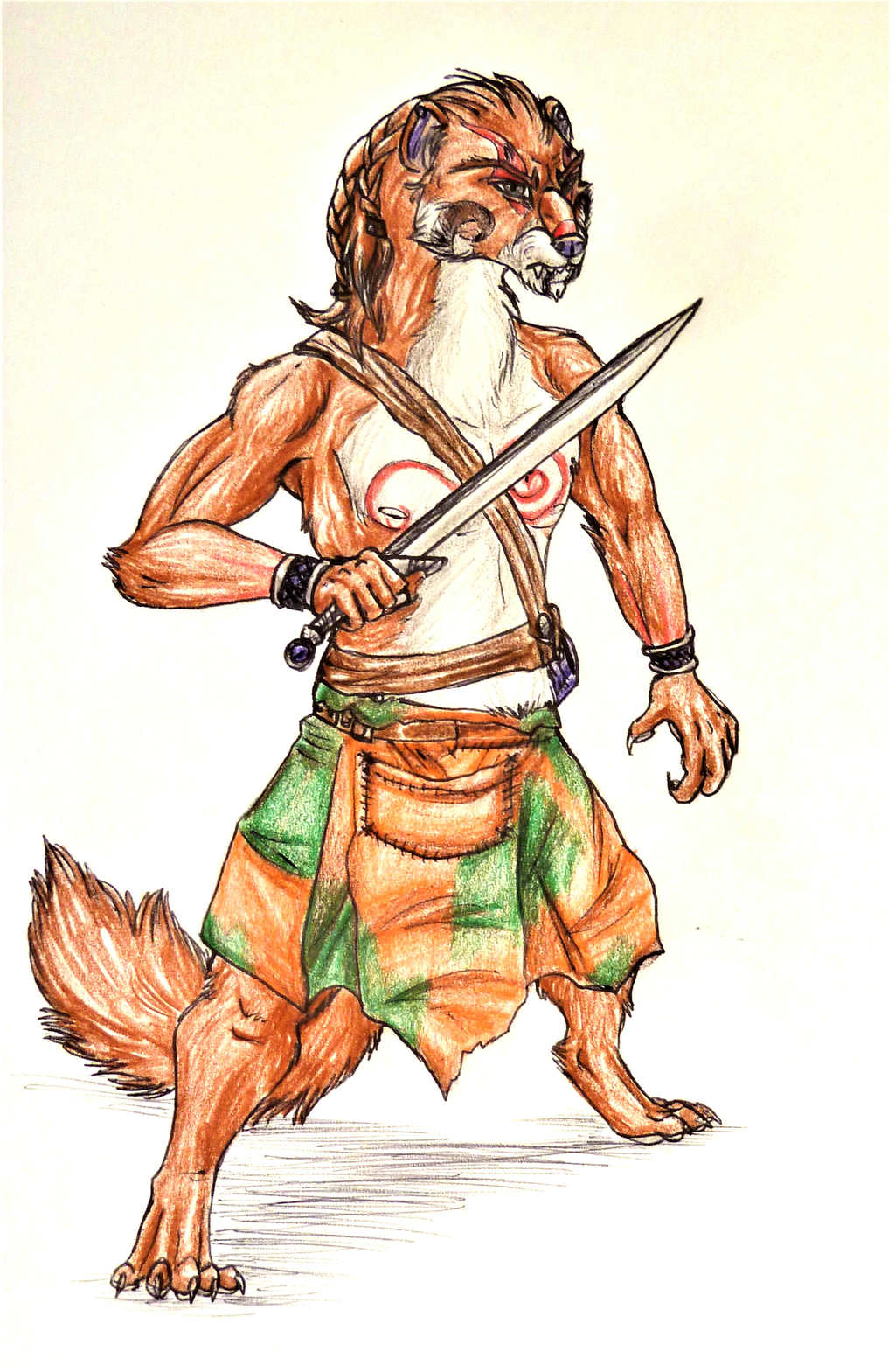 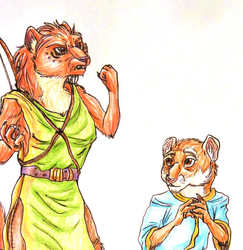 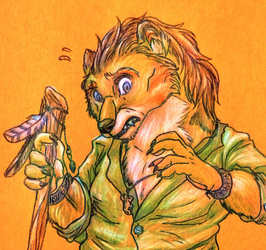 ... and not honoring his daddy in the least. Dankwood--rage-y, tough, manipulative and a bundle of potential lost to avarice and vengeance--that's who this weasel is pretty much. He has developed a deep hatred of woodlanders due to his famous father's untimely fate fighting Guoraf and Long Patrol, and after his dishonorable conduct after a contest with Chief Mogja's son Klavis he fled the Tatufola encampment with nearly twenty followers to sack and burn the settlement of Withersfield.

Of course, Klavis, Mogja and a warband set off after him and eventually saw him slain, but not before stirring up terrible chaos and orphaning the harebabe Blythe/Friggah. You can sort of understand why Dankwood was so vicious, but then the best villains are the ones you can actually understand the motives of--but not condone. If he behaved in a justifiable way, he wouldn't be a villain but an antagonist, now would he?

Shame too, because he's a strong warrior and swordbeast and cunning to boot.