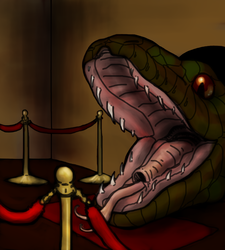 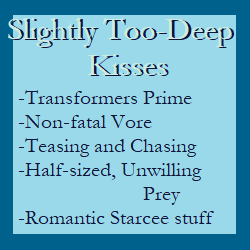 ^w^; An epilogue to this! *** https://www.weasyl.com/~spidermilkshake/submissions/1432033/revenge-predator-style-unwilling-tf-vore ***
If you don't read it first, you'll have no idea what's going on. XD

Joke title could be something like "Prime Reacts: Questionable Nom-scream Tactics"...

.>u< While 'Scream's choices during the mission weren't horrible... they were still a little questionable. Scaring the hell out of those men who were relatively defenseless when he could have just took them captive quietly and swiftly, no drama or torment. Criminals or not, no one really needs that kind of trauma! But Prime's keen on steering the newly-reformed grump from potential relapse, not threatening him away. For his own good.

And of course, Bee's there to bear witness... even if he doesn't exactly want to be there for the horking bit. XD