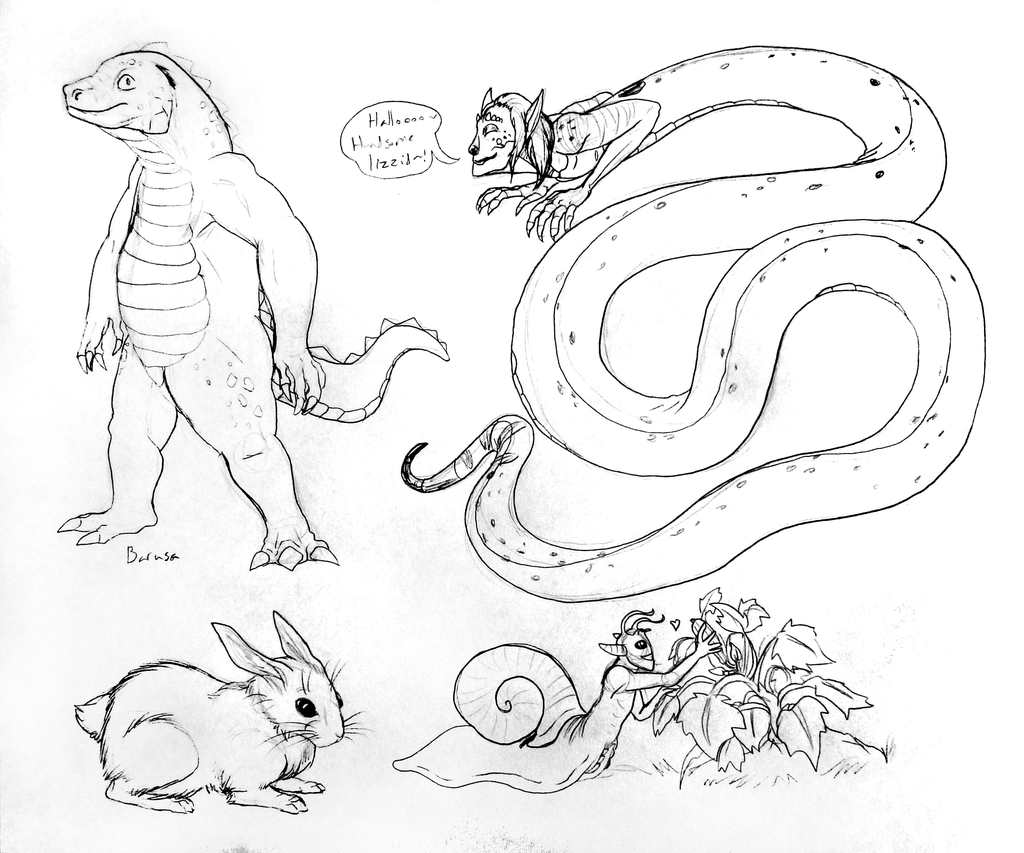 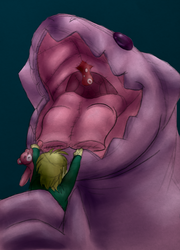 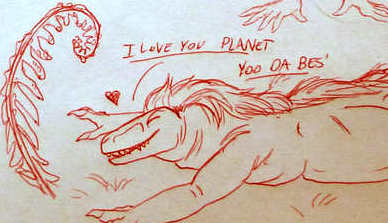 :D Expect pages on pages of similar such dumps after I get back in a few days. :) Heading south for a few days with dad, bro, and bro's girfren to see the ECLIPSEY THINGIE... We're gonna go stare into the sun, yay! XD And go around doing other outsidey, other-place-y things.

Barusa's from King's Knight, an ancient and impossibly hard NES game. XP Still like the plot effort and characters, even if the gameplay itself was kinda ridiculous, even in the era of "nope no clues just go and hope you figure out what to do in 16+ stages" NES games. Barusa's a sort of lizard-monster thing guy who's one of the four playable characters. Bipedal... lizard... bear... guy. XD I like.

Bunny! 8D Because bunnies are awesome.

And a Corochlian harvests a few squash from their squash plant. (Something I've been doing just about every day lately X3) Omnomnom!