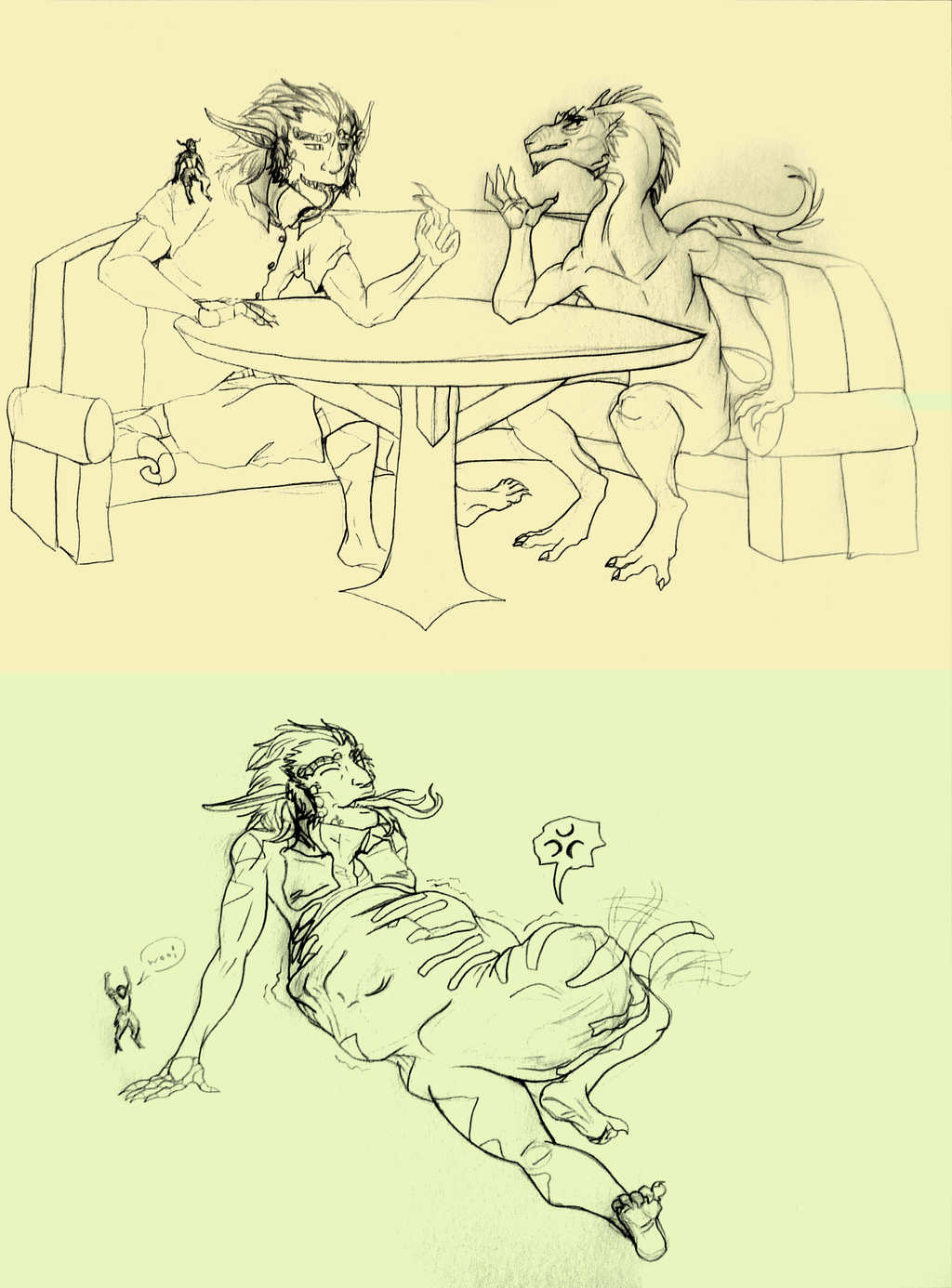 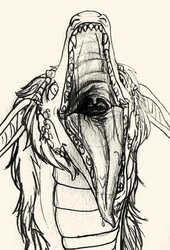 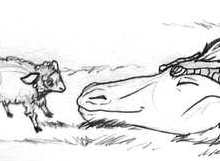 "How much of you is snake?"
"Don't look much like it, but one hundred percent--completely snake."
"Really." The dragon scoffed. From his perch on Spider's shoulder Zinsan let out a snicker, which the beast turned his snout up towards. "What? I believe what I see."
"Would ya believe they could swallow you if they really wanted?" The satyr wore a smirk miles bigger than he was. The massive humanoid tipped their ear down, presumably to pick up what the little one had put down.
"Oh, sure," The dragon outright laughed, banging a giant fist on the table. "I'd bet money that you couldn't!"
"How much money?" Spider wondered aloud.
"Lots of money," the creature's neck arched, leeching smugness from each scale. "Plenty enough to patch up your tawdry excuse for a house."
Zinsan almost stood up from Spider's shoulder and goat-hopped over to give the dragon a piece of his mind--but the naga giant stopped him.
"Okay then," Spider grinned. "I'll prove it to you--if I can't swallow you whole then you take your pick of anything I own." Their tongue flickered out, glisteny and red, "And if I can--you fork over some of that fancy hoard of yours."
"It's on!" With another snort, the dragon bared his fangs in a confident sneer. His arrogance was expectable--after all, the dragon and naga giant were basically the same size, same weight class. The feat Spider described should be impossible, snake or no snake!

.>u> Welp, I bet you know who won the wager. XD Lil Zinsan is doubly pumped. Dragon fella awaits being unswallowed (so he can go swallow his pride XD).