Attack of the Colossal Cheesy Serial by SpiderMilkshake (critique requested) 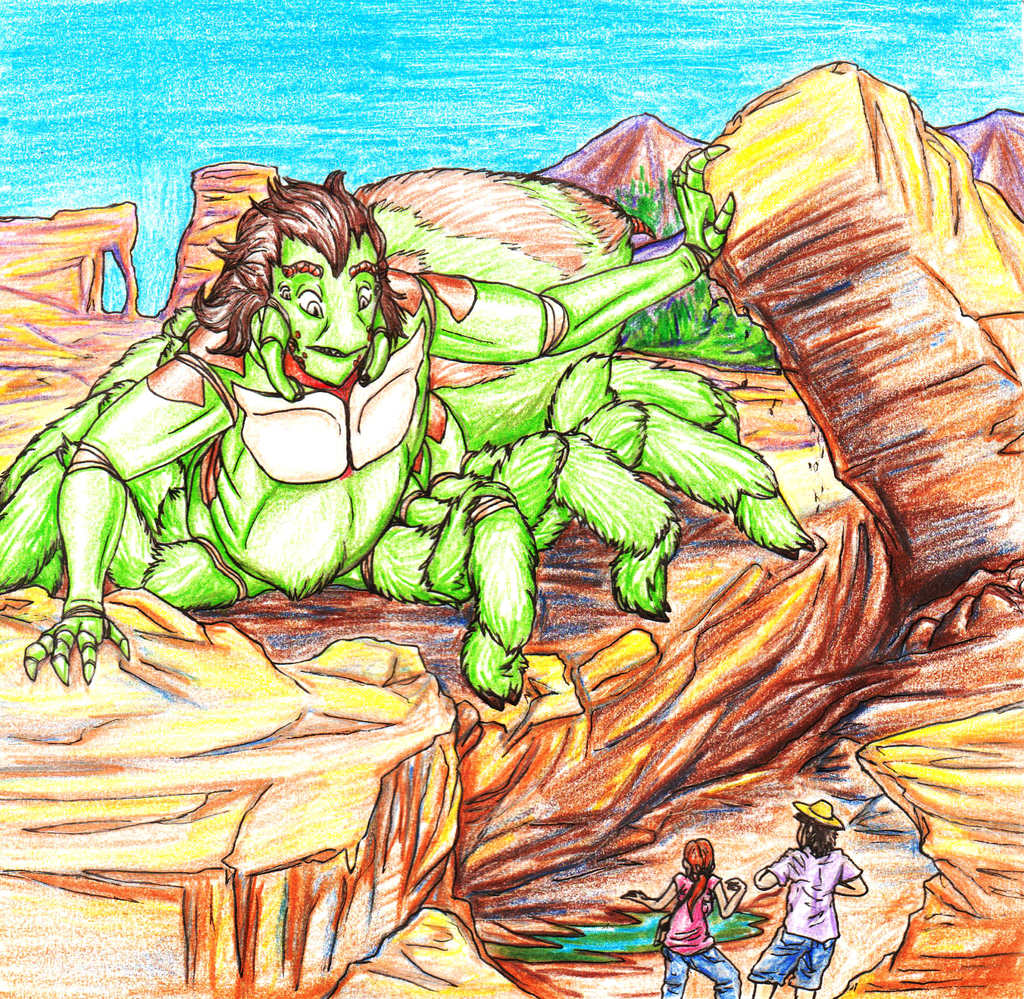 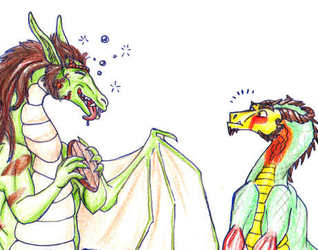 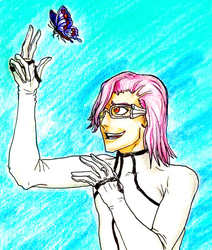 XD Giant Spider is a giant spider in this marginally riveting spoof of a stereotypical 50s big-ole-critter-in-some-rural-chunk-of-U.S. serial, spreading a variety of emotions, maybe fear, probably dull surprise and an respectable level of confusion (and pastry crumbs) over the land. Almost as monstrously large as the previous sentence, Spider encounters the criminally and comically under-prepared scientists for the first time: Archetypal Handsome Way-Too-Young-For-Tenure Professor Guy and Token Girl Underling/Sleazy Shoehorned-In Love Interest Who We Expect To Get Kidnapped (Twice). Watch in transfixed horror as the colossal arthropod demolishes the bratwursts that some lazy campers have left out, skitters across the desert like a secondhand tank on holiday, and baffles the not-particularly-threatened population of... err, quick--make up a dumb town name--umm! Alta Flats! Yes, Alta Flats, that'll work...

.>w<; Making a short, silly project and parody with self-insert sona as a giant spider--episodic story chunks and images to illustrate. Do not expect horror--or expect to have shameless horror cliches played with until they look like saltwater taffy a bit. :D

For this 'un, colored pencil and a bit of ballpoints. c: