Sharing a Lonesome Sulk by SpiderMilkshake 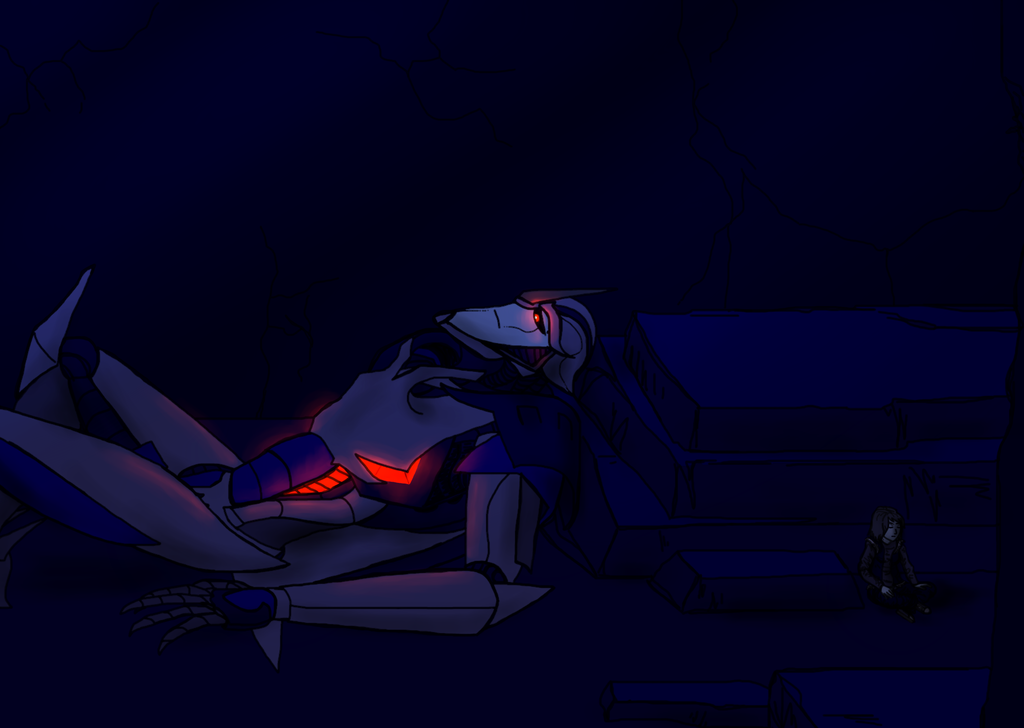 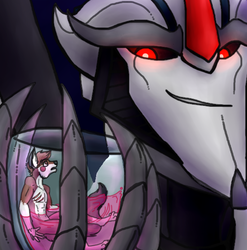 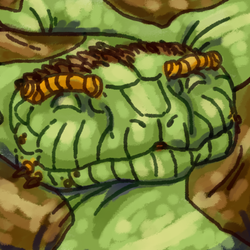 ^u^; More random illustrations of chunks of my own fanfic nonsense.

This one actually from a chapter I've posted already! XD

Sweating a little... Despite this last portion of Chapter 2 being fairly dark and heavy in tone I really do think I wrote it well, and rereading for fixing up the transition into the next chapter (coming soon~) these paragraphs inspired me to draw something moody and such. So there's a grumpy, reluctant Starscream finding himself actually relating to the helpless fleshlings. How'd that happen?? Well, it is fairly hard (and incredibly unrealistic XD) to write characters that are both somewhat complex and pure evil... so I guess it should be expected that there is ample room for gud schist in Sturscram's character. >u<; But it must be reasonable. At least, in my head, it should be... and I think I ended up doing it correctly here. XD

Girl over on the other side is Alexis Thi Dang, a character from Armada but I've written a version for the Primeverse for this. It's sort of a crossover... XD She's also not 11 for this, which would have been somewhat odd given her attitude and, in later chapters, aptitude for various things. She's more the same age as the other Prime kids--somewhere in the 14-16 range. >w<; She's rather sad-looking here, but wouldn't you be too if the terrifying giant robot was grumpy and then kept ignoring you? XD Though she doesn't know he's not ignoring her out of spite, but just he don't wanna think about his own problems. Avoidant behavior is not healthy, robutt!