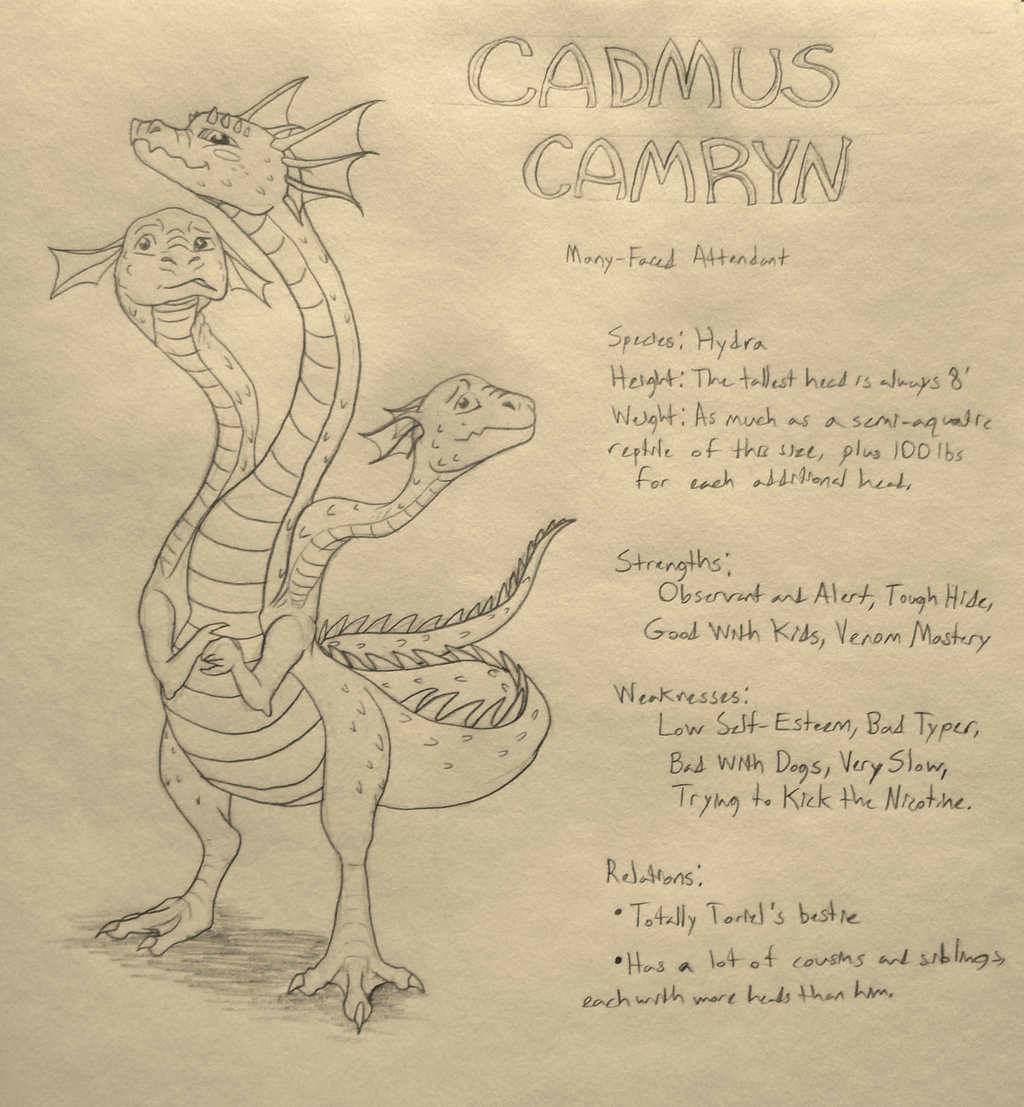 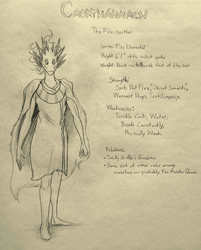 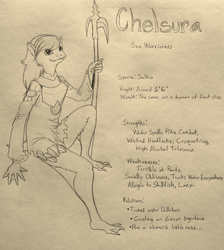 ^u^ Say hello to Cadmus Camryn... he's a lil shy so he may not say much back.

It's hard to hide behind Toriel when you're just a big ol' chunk taller than her. XD

Many-headed hydra royal attendant person guy. His only real magical skill is making himself have more heads, which makes him rather good for looking out for the royal pair... literally. X3