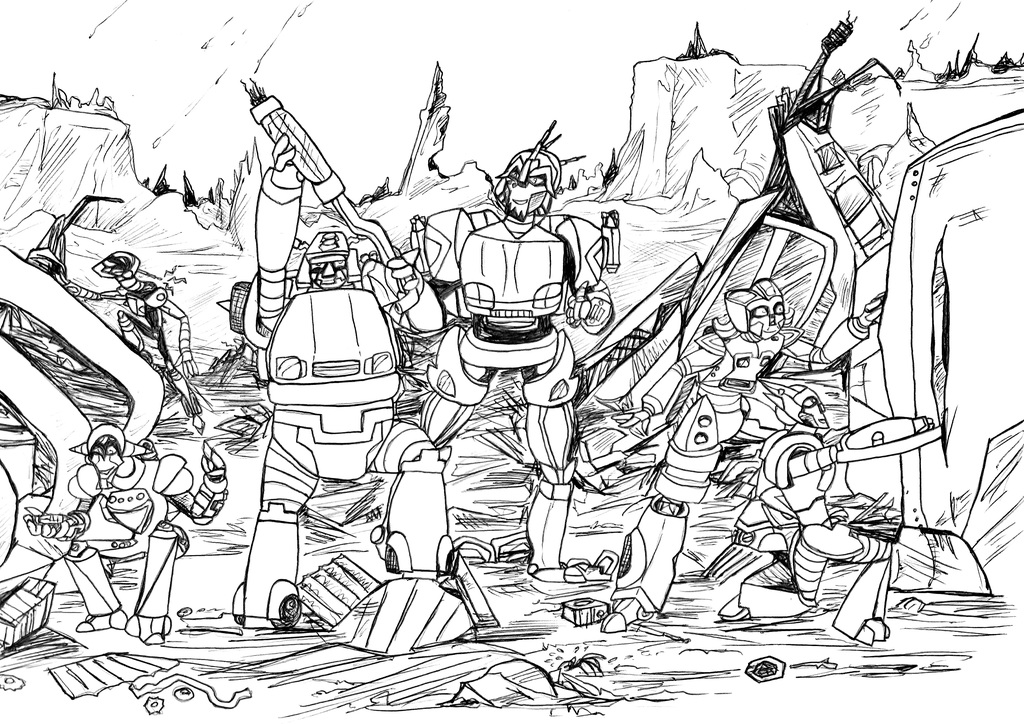 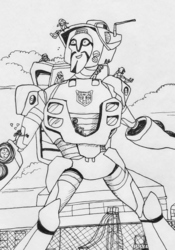 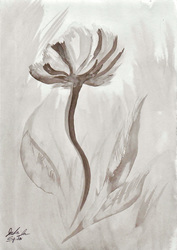 I drew more TFA Junkions. For a swell romp of a story that shall unite these peeps with a particular adorable garbage bot (and destined leader in matters of spark-of-goldness and determined junk-transformers gumption or something XD) I plan to write (or rather, finish writing X3 'tis already begun).

So here, at the start of the tale, are a bunch of main cast (hey look, there's Nancy in there! :D) scavenging for components and things to build their ticket off of planet Junk--to... uh, somewhere! Somewhere better and stuff! C:

100% drawn in a Bic pen... I like some ink stuff every now and then. c: Also, it would take so freakin' long to color all those details... XD

And yah, most of the Junkions shown here are directly based on minor Junkion characters from other continuities (there's Detritus, Ashtray, Shearbolt, and one I've called Error based on a really smalled unnamed Junkion from G1. X3 And one completely made-up guy just to fill the roster a bit, since named Junkions are almost as rare as important Junkions. XP Bleckbleck! Under-bots forever!)