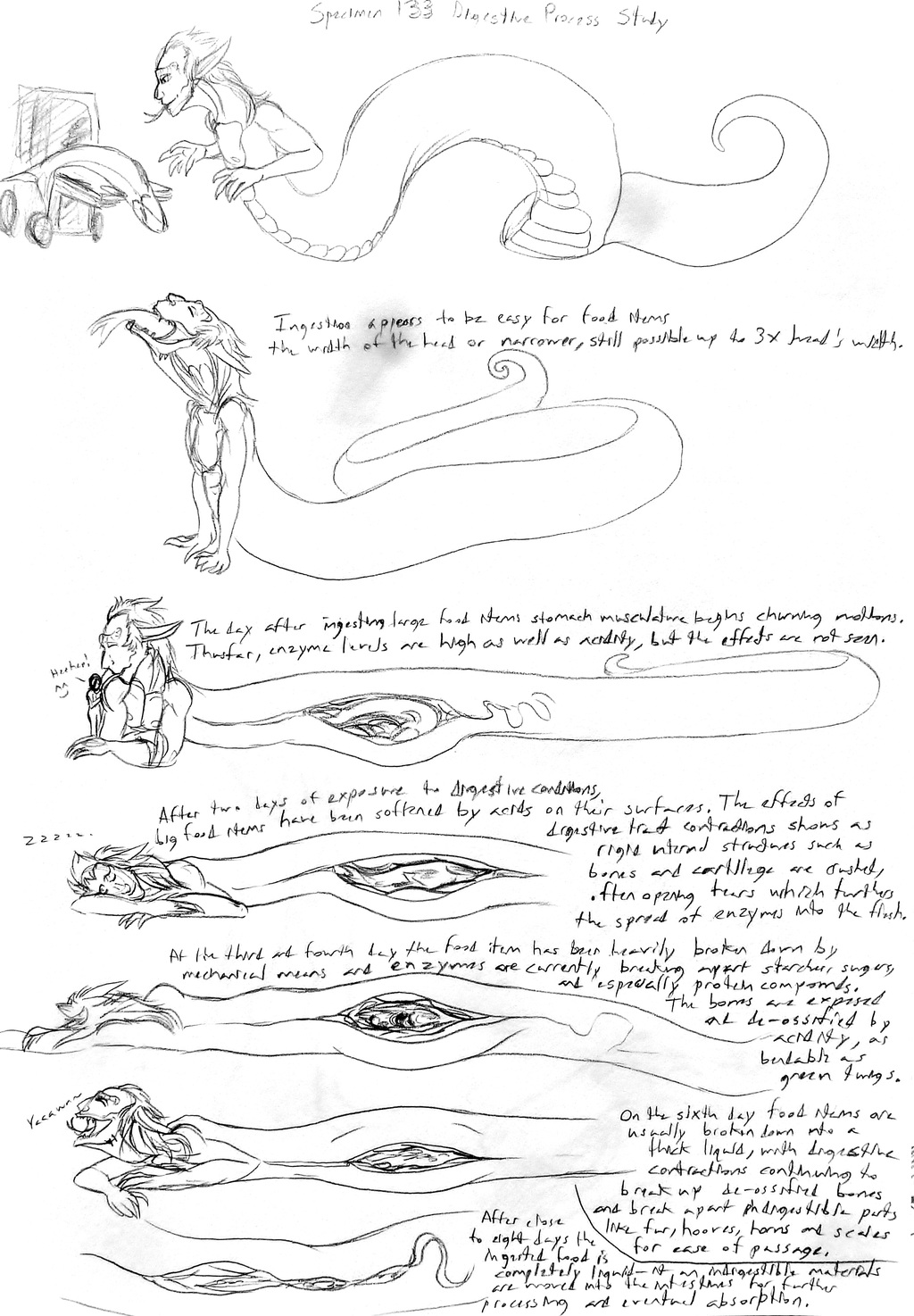 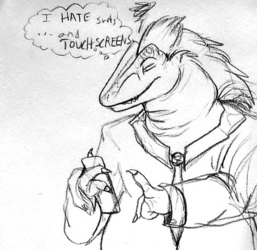 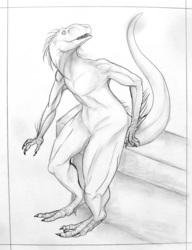 The science of digestion and physiology appeals to me--but I could never ever represent or enjoy digestion as a part of vore. That sort of thing just makes me uncomfortable to my core.

However... stuffing, feeding, gorging on food til very round and happy... digestion is something I like the thought of. XD After all, a big snek needs their nutrients! I'm such a glutton I probably get far too many nutrients, but... X3

Modeled this sketch series as a sort of scientific diagram made by Spider's captors to compare to mundane snake digestive processes... It turns out, while Spider's metabolism is slightly elevated compared to most large constrictors, their gastric tract still works rather slowly.

The large fish is a culled member of an invasive species, which is typical of how Spider gets fed. ^^ That fish grew pretty large in life, so that's a good-sized meal for me, and it typically takes me between 7 and 9 days to full process something that large. Occasionally the provided meals for me are larger, and I'll be stuffed full and ready for snuggles with warm mammalian peeps for up to two weeks. X3

Well, now the scientifically curious know what happens if they throw me a nice tasty fish. ^^

Ah, here is a typed version of the text for those who can't read my chickenscratch... XD

Ingestion appears to be easy for food items the width of the head or narrower, still possible up to three times the head's width.

The day after ingesting large food items stomach musculature begins churning motions. Thusfar, enzyme levels are high as well as acidity, but the effects are not seen.

After two days of exposure to digestive conditions, big food items have been softened by acids on their surfaces. The effects of digestive tract contractions shows as rigid internal structures such as bones and cartilage are crushed, often opening tears which furthers the spread of enzymes into the flesh.

At the third and fourth day the food item has been heavily broken down by mechanical means and enzymes are currently breaking apart starches, sugars, and especially protein compounds. The bones are exposed and de-ossified by acidity, as bendable as green twigs.

On the sixth day food items are usually broken down into a thick liquid, with digestive contractions continuing to break up de-ossified bones and break apart indigestible parts like fur, hooves, horns and scales for ease of passage.

After close to eight days the ingested food is completely liquid--it and indigestible materials are moved into the intestines for further processing and eventual absorption.