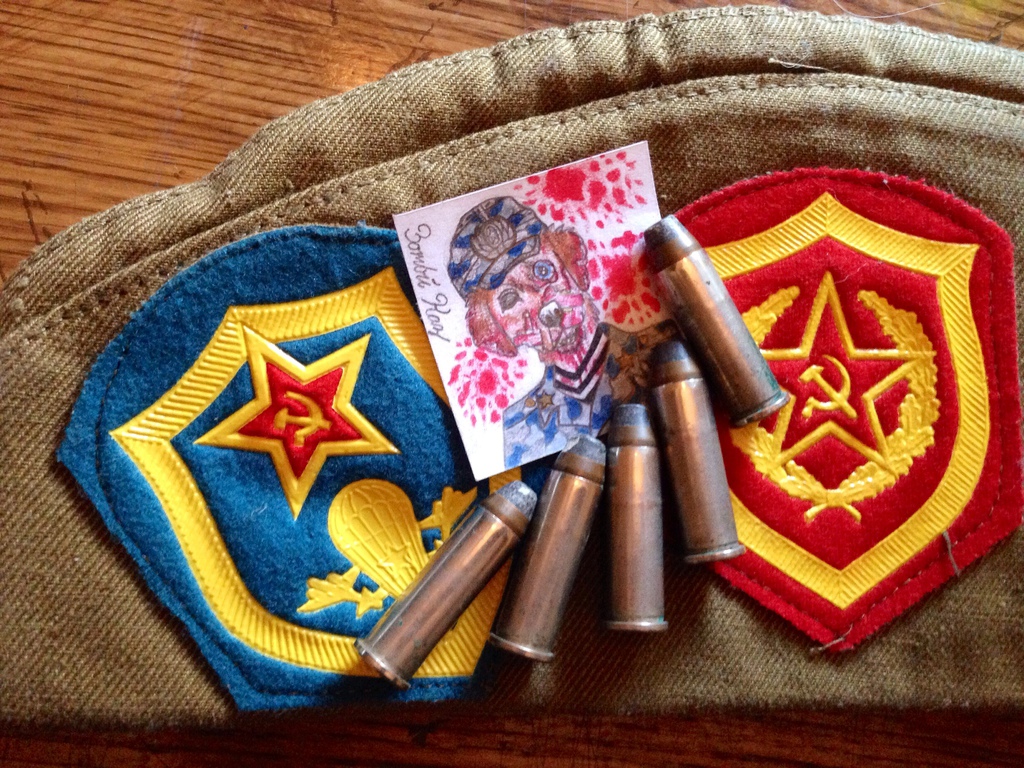 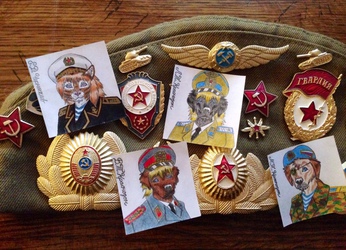 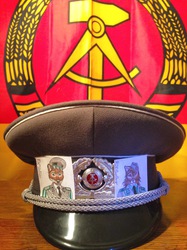 Surprise, surprise another Zombie Kaz picture for you all. Even though he is not canon to the story of Mishya Kaz, he sort of evolved into this great metaphor for the struggles he faced. Known as "The God of Death" by his enemies is surely something to strike fear into the hearts of millions, and create folklore of a horribly disturbed monster in his image.

I drew another one of those miniature portraits with Zombie Kaz as the subject. And I'm not going to lie, this was the hardest to draw out of all. Like the other four, I used a mechanical pencils for the lines and overly sharpened colored pencils to do the colors; in case I haven't noted. A hint of fine-point red marker gives it that signature dripping blood effect. As far as the background goes, I used the same pilotka as featured in Class of 1969 except this is the opposite side of it. In case you don't get the symbolism, the two patches are of the Spetsnaz VDV (blue one) and Internal Troops, (red one) since he has history serving in both. The bullets are my favorite touch, as they are vintage Tokarev rounds kept by my family and given to me. I also had fun in arranging them in a cool way~ ;3

Same size and specs as the other ones; here is the scanned copy so you can see the intricate amount of detail placed onto a small canvas.