Queen of Cats by SpetsnazKaz 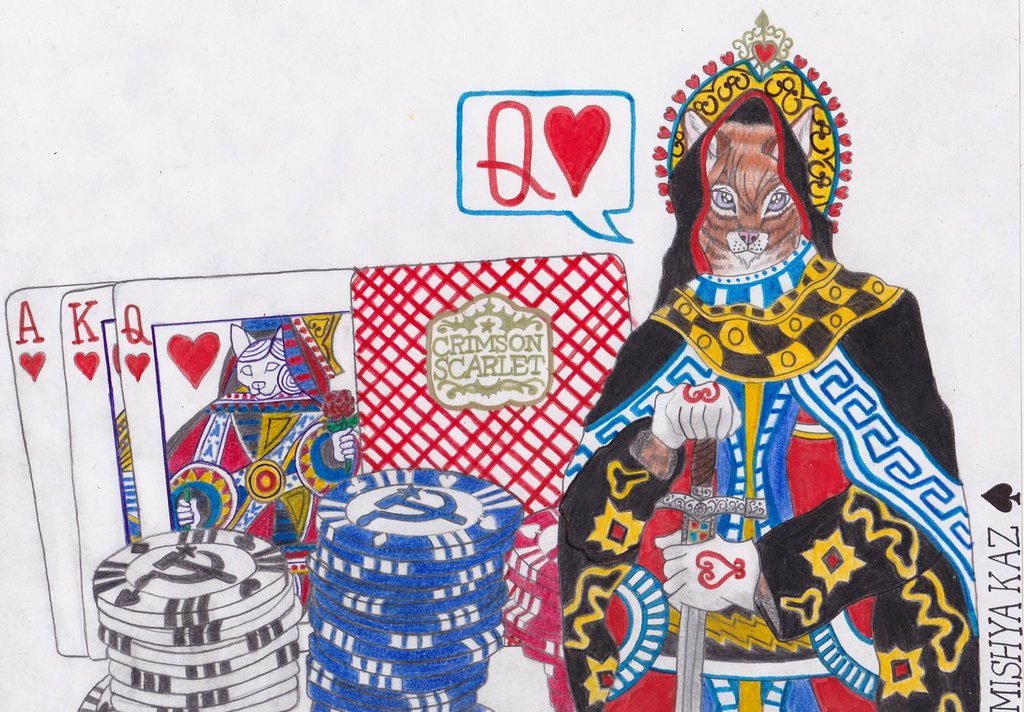 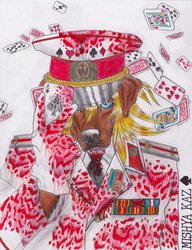 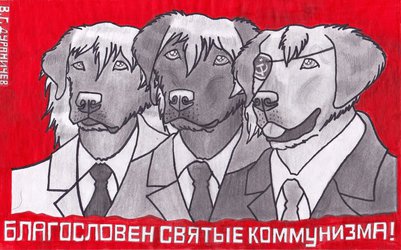 ♫ Midnight, I'm a-waiting on the 1205
Hoping it'll take me just a little farther down the line
Moonlight, you're just a heartache in disguise
Won't you keep my heart from breaking
If it's only for a very short

Playing with the Queen of Hearts knowing it ain't really smart
The joker ain't the only fool who'll do anything for you
Laying out another lie, thinking about a life of crime
That's what I'll have to do to keep me away from you ♫

Pick a card, any card
This could be easy or this could be hard
As I shuffle you shall see
The newfound bond between you and me

Shall we begin to play our first hand?
Whatever you wish shall be my command
A few games to play here and there
So I could beat you fair and square

Nothing is left to chance my friend
The more you play, the more you spend
Eyes locked in a game of hearts
For I am skilled in these dark arts

And thus you are witnessing another card-themed picture before your eyes. To you it may not look like much, but this took me more time than it should have. I was really specific when it came to detail in this and it took me a shitload of planning in the process. Speaking of which, I used precise references when doing this kind of thing. On the original copy, the cards in the background are the size of actual cards, as I outlined their shape. The card backing was inspired by the card backing I used as my outline reference. And up close, I drew the crosshatch design real shitty as I always had trouble with drawing etched lines for as long as I remember. (For those of you who are not familiar, which is a lot the phrase "Crimson Scarlet" is canon to the story of Mishya Kaz, notably appearing in the title of his tale, Bleeding Crimson and Scarlet) The design on the Queen of Hearts card was fun and frustrating, to say the least. Instead of copying an already-existing design, I tried my best to create my own. Out of everything, that was the second hardest. The obvious hard part of this was converting the familiar Bicycle-style design into a wearable dress. This has to be the most complex outfit I ever drew on a character. The symmetry is off on some of the designs, but that's what you get for trying something new. What I didn't want was to make her look too much like the Alice in Wonderland Queen. And the only thing that I didn't use a reference for was the poker chips, because those were pretty easy to draw out.

Karen is inviting you to play; please don't let her down~ ;3