Sky's the Limit by SpetsnazKaz 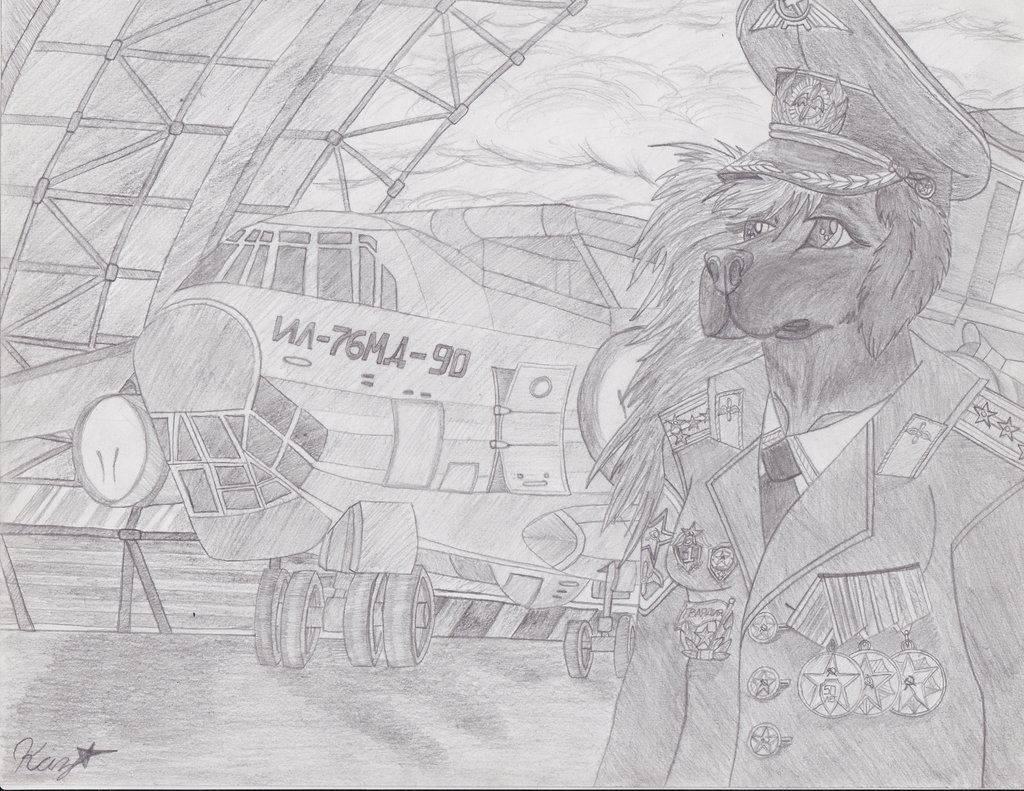 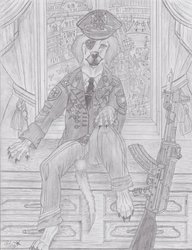 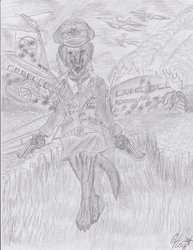 (About the picture)
This is Mishya's sister, Larissa Zadorozhny Krasnodon (Лариса Задорожный Краснодон) a black lab, standing triumphantly in the Smolensk Air Base in the Western USSR. Her plane is a Ilyishin Ил-74 MД90, a strategic aircraft carrier, iconic to Soviet air power.

She prefers the nicknames Pilot, Silver, and ironically, Larry.

Approximately the age of her brother Mishya, she has played a pivotal role in developing military power in the Soviet Union, far beyond anything comparable. She is the exact opposite of her brother, being an evil, heartless, fanatic communist witch much of the time. Her worst enemy is the West, and most importantly, her brother, who sympathizes with the West, long after the USSR broke up. In seeking many enemies using brutal force, the Soviet committee has deemed her a threat to their society and relations with the West. She has lived under many identities to hide her psychotic past and has even evaded arrest by both powers. Her and Mishya have strained relationships and he hopes to regain her sister's trust by helping him fight in the battle of new world order.

(The Process)
I have spent a great deal of time on this piece, and deem it as one of my best sketches so far. My interest in aircraft inspired me for the background. Personally, this picture was the most satisfying and interesting to draw, as I experienced few problems. Plane modeled after this image. http://www.planephotos.net/photos/xhnw0vzna2zrdp6l5r5t.jpg