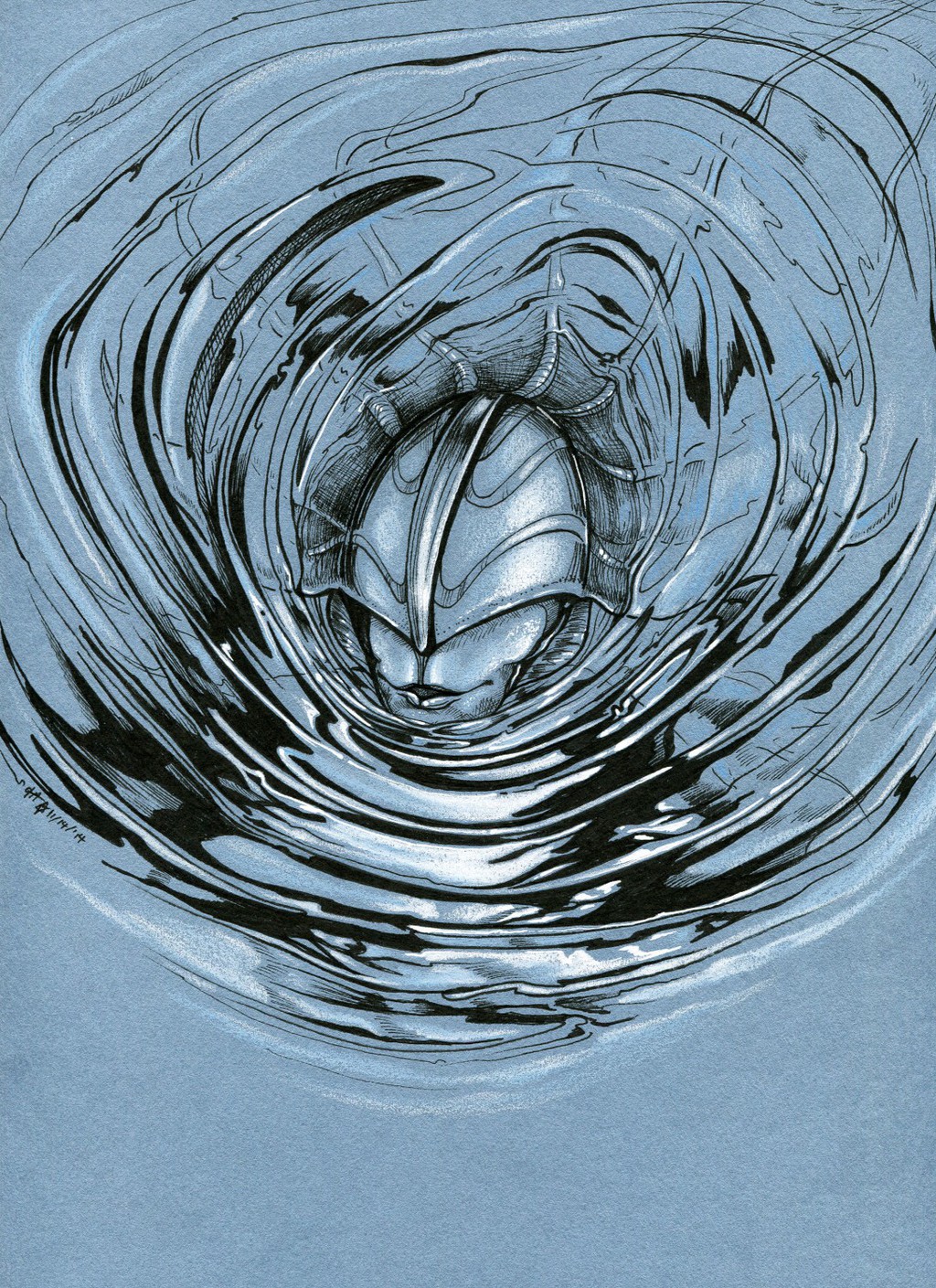 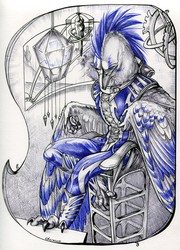 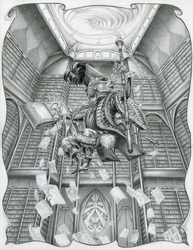 A crisp night sitting at the pier looks like it will pass uneventfully, until you catch a glimpse of light playing upon the water next to you, its surface rippling and warping like a mirror possessed. She moves unerringly closer to you before stopping nearby, returning your stare with an eyeless, curious gaze.

'Net was down for half the day so I couldn't work on commissions like I wanted to, so in trying to keep with the spirit of last month I ran with the first solid idea that came to me. I don't ever want to pass up an opportunity to practice water effects because there are only a handful of things out there as beautiful and otherworldly as the physics of water. I have all this awesome colored paper that I've barely used but I'm making efforts to do things with now. I had to make myself stop when it was finished otherwise I definitely would have overworked it. Remember that melusine I made for one of my Inktobers? Yeah, she decided to make another appearance.