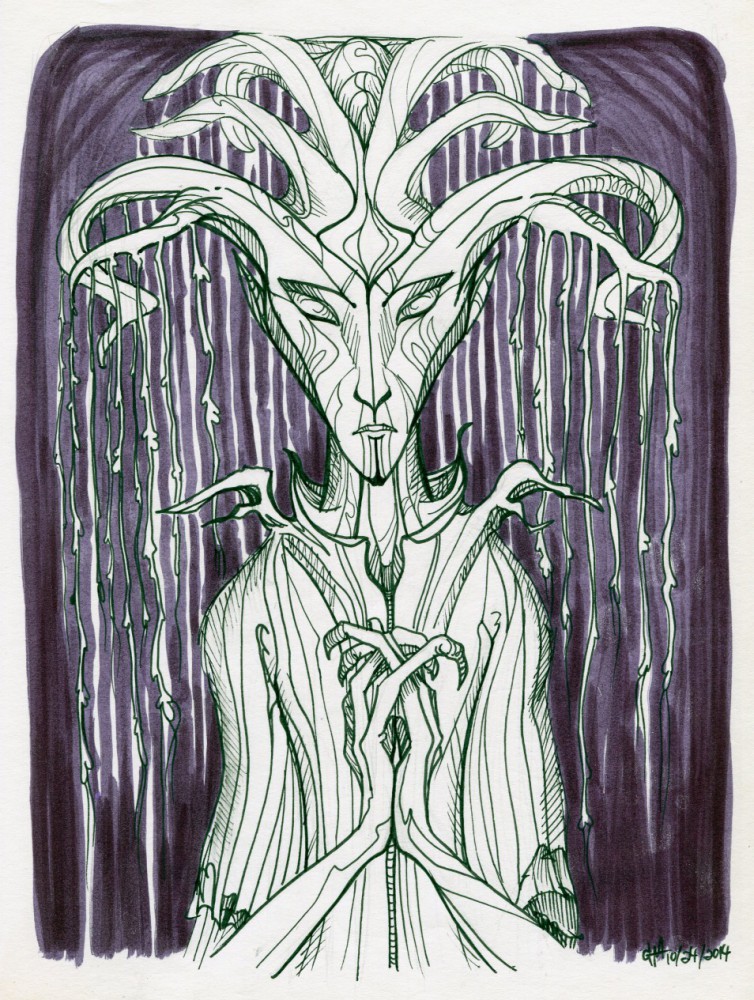 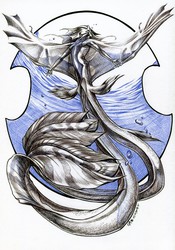 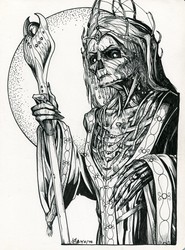 The figure is tall, almost impossibly so. Perhaps six feet, perhaps ten? Impossibly thin as well, with garb that flows like silk robes but hangs heavy like chainmail. There is a fresh yet foul smell about this one as the silver mist swirls and eddies around you. His eyes, his fingers, his very skin has the texture and appearance of bleached driftwood discarded decades ago. It creaks as he moves closer, tendrils that grow from antler-branches sway like curtains of weeping willow. A cold, stiff breeze dissipates the fog and makes you shudder.

A Faerie lord of tragic origin in my Alteir setting that made himself known recently in the story, his form and mind twisted and corrupted from a supernaturally strong affliction dubbed by the Black Doctors as the "Violet Fever." His forest became tainted with it as the cursed remains of the crazed primordial dragon Niodenimous started to rot and seep into the very soil. Great measures were by the Black Doctor Society and individuals of the Circle to make it so that it did not spread, but the damage has already been wrought.