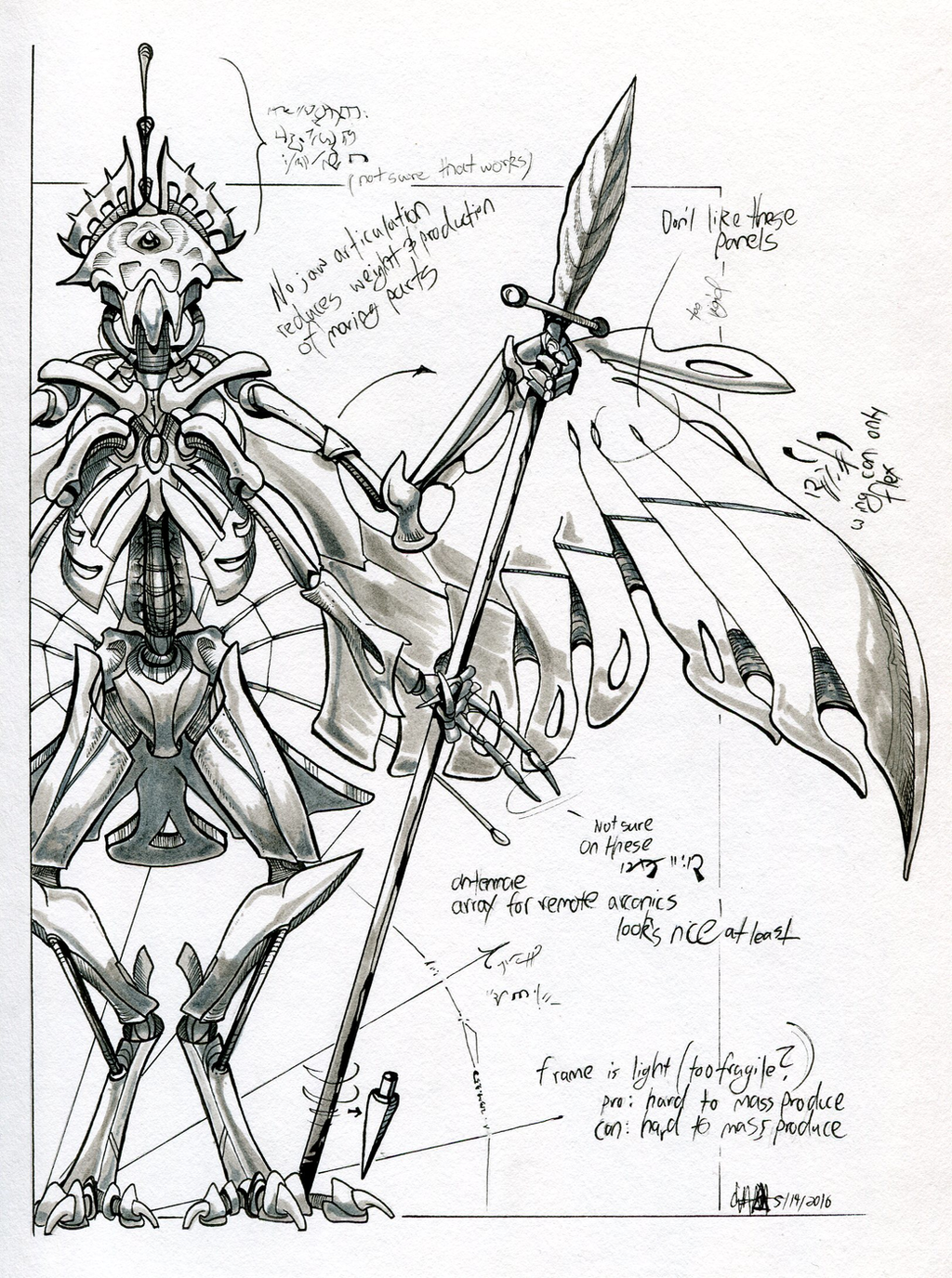 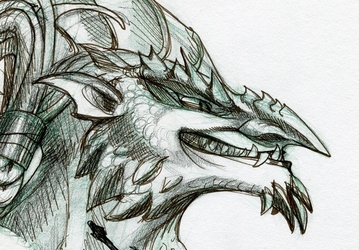 A worldbuilding concept for Alteir that I did a handful of years ago that started out as a boss in an Alteir-based D&D campaign. The original sketch was half-ripped and beaten all to hell but I still rather liked the design so eight months ago for Inktober I transferred what I had onto better paper, intending to ink it. That fell through though as I got too busy, but back during BLFC I had time and the desire to finally ink this thing, so here it is finally.

Specifically, this is a golem design that Topaz was working years on before she ultimately scrapped it, half-finished. She based the design somewhat off of ancient L'tahr designs but only with so much knowledge and experience under her belt, she couldn't continue the project. In the past year or so she has newfound historical and magical documents, records and an antique junked Dreadnought golem to build off of, as well as even more technical savvy so she's started her project anew, using the failed design as a loose template. She's fairly certain she'll get it this time.

All the notes and annotations are in her handwriting, hence why some of it is nigh-unreadable scrawl. Both in Aurical and Cosmopolitan Basic (she readily switches between the two in her notes, sometimes mid-sentence if one or the other gets the point across better).

The design itself is also vaguely a representation of the L'tahr creator deity Aeronac in his warrior avatar and wields two greatspears with four limbs. Most of the chassis and armor plating is made with oricalcum and alduvium (both magically and alchemically-created metals). She never installed it, but the crystal core is designed to switch between various offensive elemental attunements to be used as a training golem for other L'tahr, or conversely to be used for defense against magicians or rogue L'tahr.