Vetch, a goblin of the blue persuasion. by Sparkyopteryx 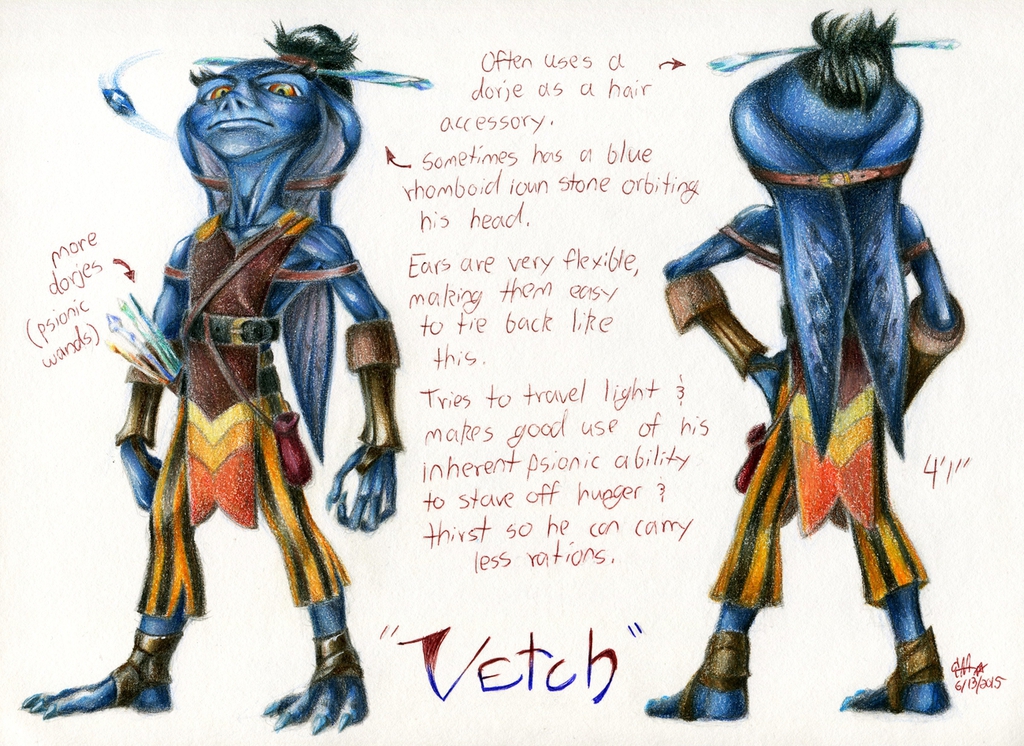 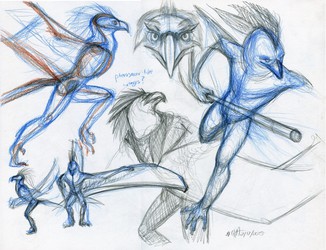 Vetch, a goblin of the blue persuasion.

I honestly couldn't wait to share this one once I finished it late last night (and I do mean late) since I'm ridiculously proud of it. A reference of one my Pathfinder PC Vetch, who has also been adapted and incorporated into my Alteir setting. It sort of goes both ways since the setting is not only being developed as a separate thing but also as a homebrew tabletop setting using modified Pathfinder rules as well.

I wanted to break away from this marker/pen routine that I've been doing since December of last year and try my hand at my colored pencil with graphite technique again. I adore how the coloring and details came out; I can even almost imagine it as an interior character illustration for a tabletop RPG book!

I nailed his self-assured smug expression perfectly. I think Vetch holds the title for largest ears as far as all of my characters go (even my Asura; Oort is displeased). Don't let his size and comical appearance fool you though: He's a competent kineticist psion that is adept at immolating, electrocuting or otherwise disposing of those that might threaten him with violence, although he has quite a ways to go before he reaches his true potential. I'll be adding more character relevant info when do a Character Page for him.

Done with Derwent Coloursoft pencils and graphite with ballpoint for the lettering.