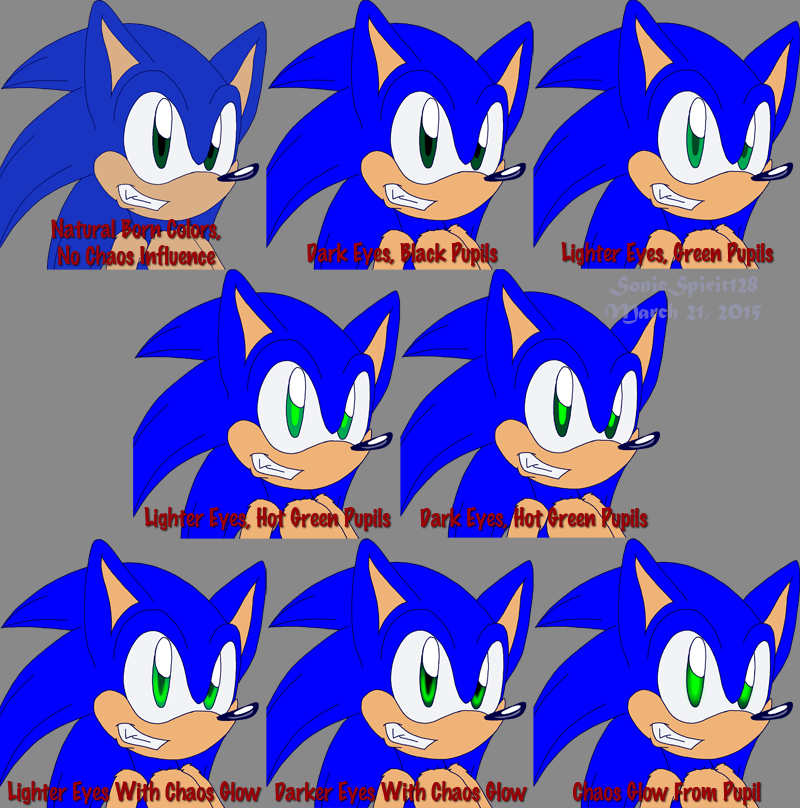 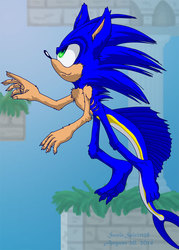 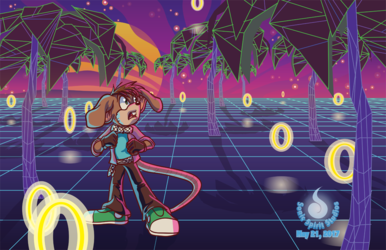 I did a thing! I’ve been pretty inconsistent with how I’ve done Sonic’s eyes for awhile now, so I basically decided to put together a style sheet that laid out the different options and ideas I’d come up with. Also to test some ideas I’ve had, but hadn’t played with yet.

Natural Born Colors, No Chaos Influence: I really, really like to use RGB blue (or close to it) for Sonic’s blue...but I will acknowledge that that’s PROBABLY not a normally viable fur color, even for Mobians. I headcannon pretty hard that Sonic’s fur and eyes are as vibrant as they are due to all the Chaos energy he’s absorbed (and now exudes...I’ve got so much headcannon, guys). Hell, I even go with Fleetway’s assertion that Sonic’s eyes glow green. Especially the glow. And, hey, compare the color palettes for Sonic from SA1 to now (or even the Dreamcast version of Sonic Adventure and the Sonic Adventure DX for Gamecube)--his fur was way darker and the color less saturated. Plus, the dark green eyes do pretty well at appearing to be flat black, or something that could be mistaken for flat black. And I also played with the saturation on his tan markings, cuz why not. (Pet peeve: fans who insist Sonic’s tan markings are bald.)

Dark Eyes, Black Pupils: I'm actually doing a thing in my art where I actually avoid using true blacks or greys, and use true light only in reflections (like eye shines). It’s a stylistic choice I’ve been playing with, and want to continue playing with--and sorta a continuation of a challenge an old painting teacher gave me once, to paint without using any black paint. Heh, in the painting experiment I cheated by mixing up my own black substitute, but it was still cool. Anyway, I’ve been playing with assigning characters a line color that’s theirs and playing with it for awhile now, but I’m starting to play with the idea of using black for pupils again. MORE EXPERIMENTS. MORE OF THEM. Anyway, due to the whole “Sonic’s eyes glow” headcannon thing, I probably won’t do his eyes like this unless something’s wrong, but I wanted to have them on his Chaos-adjusted fur colors. Plus they look neat with some of the (very, very simple) glow painting on one of the later plates.

Lighter Eyes, Green Pupils: This seems like a pretty simple way to do the glow-ey eyes in flat color situations, and’ll possibly be a default when I’m not doing any soft shadows or highlights...I should probably do more experiments for that case.

Lighter Eyes, Hot Green Pupils: Playing around with the idea of the glow emanating from his pupils in extreme situations. Just the flat colors here, though.

Dark Eyes, Hot Green Pupils: Yup. That same dark color as above with the hot green pupil of burning. Yanno how I mentioned I like RGB blue for Sonic’s fur? I like RGB green for eye glow. I’M A DORK. But hey, add the shoes (which I do pretty damn close to RGB red) and you’ve got visible light! STILL A DORK.

Lighter Eyes With Chaos Glow: The Lighter Eyes, Green Pupils from the top right with a soft bit of the hot green in his iris, for the Chaos glow.

Dark Eyes With Chaos Glow: The Dark Eyes, Black Pupils with that same rim of hot green. I bounce between which I like better. This one has better contrast, and more depth, but the lighter pupil might convey the glow I’m trying to suggest in simple style better. Might just be that both are good, but neither what I’m looking for, though.

Chaos Glow from Pupil: I kinda love this, at least for a “Shit just got real” or “Sonic’s AMPED” thing. The Dark Eyes, Hot Green Pupil with the hot green spilling over. Heh, I’ll hafta do a full-blown action shot with this idea and some cool lighting at some point!