The New Normal - Issue One: Hiding - Page 58 by SonicSpirit 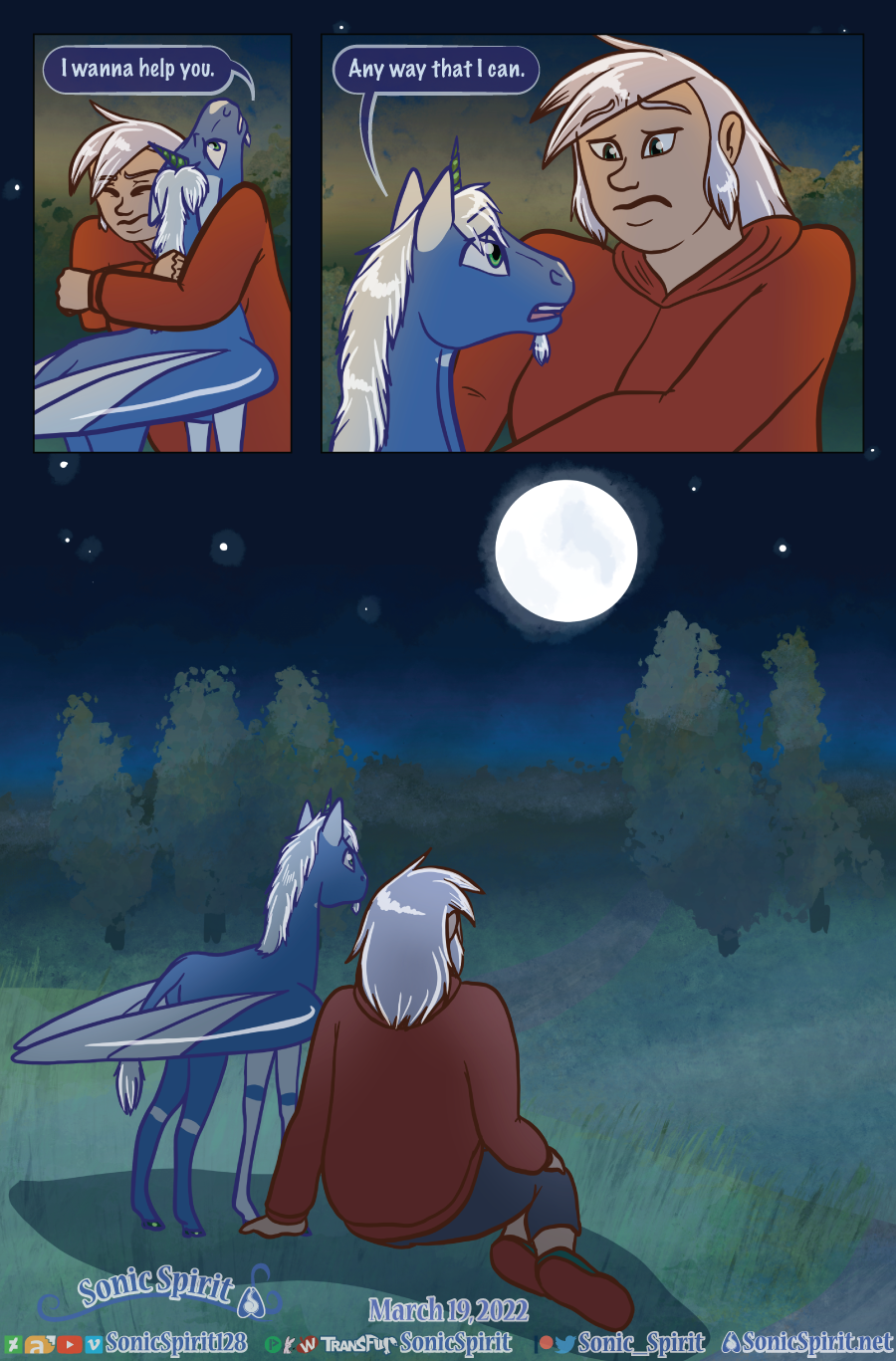 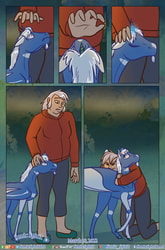 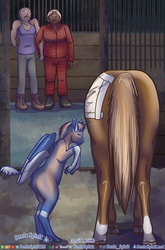 ^_^ I really like having Shine make a connection with Rae, and make this promise to help her. He knows how much it hurts to live in a form that's not yours, and doesn't want to let anyone suffer that way if he can help it, and he figures if things got fixed for him, and if someone like the Fancy Man was also similarly changed, there might be a way for her to be transformed, too. ^^ It's a little premature for him to promise her anything...but he's more talking out of hope, and guilt for having left her alone that first time than anything else.

And HUZZAH!!! That's the last page of issue one! Hells yeah!!! ^_^ I'm really excited to finally get here! It's been a bit of a longer ride than I expected! When I originally finished issue one's script and launched the comic back in early 2018, I'd intended to get out a page a week and get through the 50-odd pages of the first issue in about a year...but obviously THAT DIDN'T HAPPEN! But yeah! Four years later, and we're finally here!

^_^ I'm really having fun telling this story, and I have so much planned! So yeah! I've mentioned it a before now, but because there's so much story, and because I actually want to tell it, I'm planning to shift over to a prose with illustrations format for the next part/issue/whatever you want to call it. I just don't work particularly fast, and there's always so much going on that needs time and attention, and there's so much story to tell--I'd like to get to it! So yeah! I've been trying to work on my project schedule to properly attack this new approach, and get the first bits ready to go. I have the originally planned first sequence of issue 2 written and pretty much squared away, and have been working on another flashback to Shine's time mid-TF prologue to start this issue off as well. ^^;; That's a bit slower going because there's reasons I hopped over Shine's mid-TF stuff. I like a nice gradual TF, but chaos, is it an awkward headspace to live in for any length of time! ^^ But yeah. That's coming along.

But yeah! Celebration and stuff! Issue one is in the can!

Panel 1
Shine:
I wanna help you.

Panel 2
Shine:
Any way that I can.