The New Normal - Issue One: Hiding - Page 54 by SonicSpirit 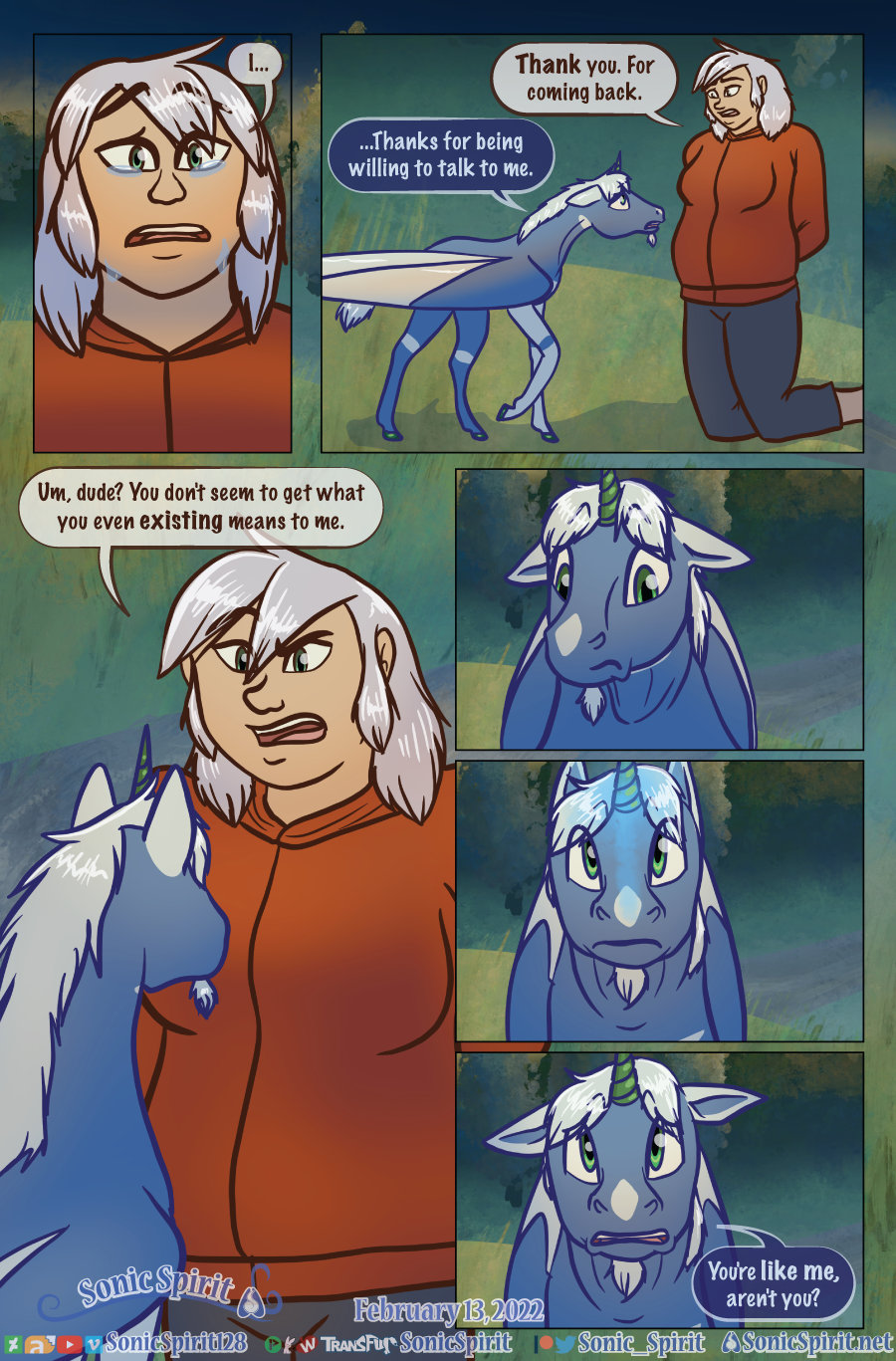 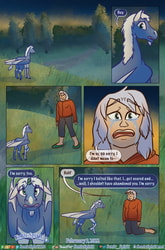 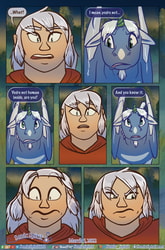 I haven't been as good with planting/establishing Shine's horn glow as I'd like to have been...partially because I was concerned about his horn glowing too frequently, and any meaning behind it being lost, but I think I over-corrected... ^_^;; I might hafta go through and George Lucas in a few additional instances of his horn glowing. Cuz yeah, it's meant to be in response to him sensing someone who's "like him"--either transformed or about to transform. Well...it's meant to be his powers reacting to the presence of another, but it's not the only reason for his powers to flare. Because that doesn't have a chance of muddying the water at all!

I have a Patreon! Join up to see pages early!