The RPG Heroes by SonicHomeboy 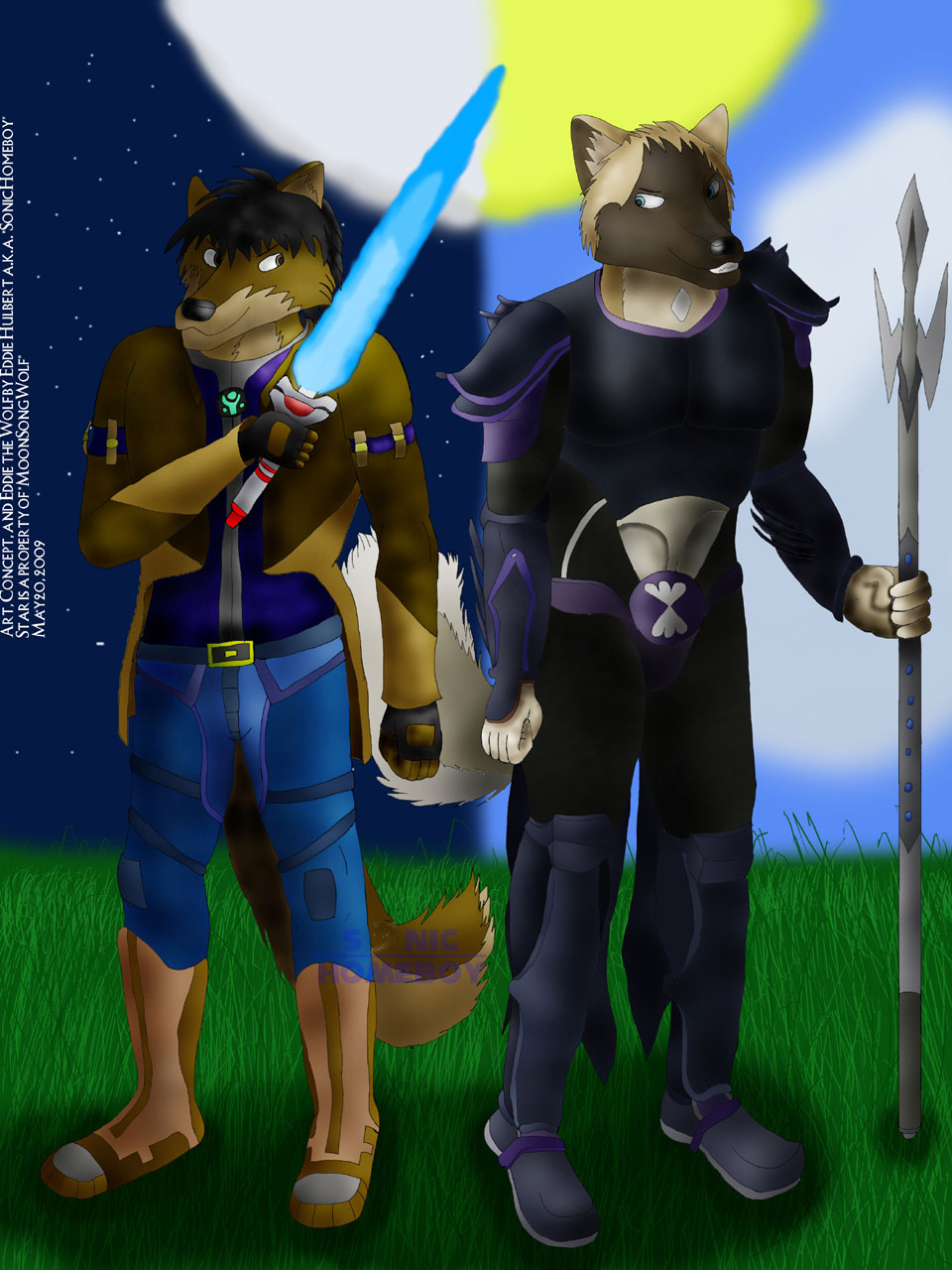 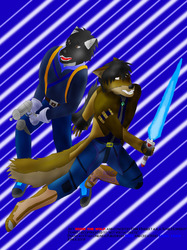 Anyway, this is a gift art piece for MoonsongWolf on DA. :D Awhile back, she commented on my Nanaki the Wandering Samurai piece and surprised me with a gift of her rendition. It was quite an honor receiving such a gift from a credible DA artist like her. :D

I had wanted to do something for her in return, and inspiration occurred when she posted a poll that involved with an RPG game (Avalon Code I think it was called). From that, we had a long discussion, and I was surprised by how long we talked about video games in general (RPGs mainly). So, here is my fursona all dressed up as a HUmar from Phantasy Star Online (I designed the clothes to kind of look like how the characters dress) while MoonsongWolf's Star (Yes, I got to draw him! :D ) is dressed up as Kain from Final Fantasy IV (the artist's favorite character).

Before anyone asks, I DID use references for both of them. For my fursona, I simply Googled Phantasy Star Online and used this as a reference guide to help me design my fursona's PSO outfit. As for Star, I searched DA to see how other artists drew Kain armor, and I found this one to help me. At first, I was going to go with what I had drawn out based on what I had found, but I went to Google to find this. You'll see where I started to make some modifications before I gave up on redesigning the armor on Photoshop. :( Nonetheless, I am very happy how they both turned out. :D

Now I know the background isn't very spectacular, but I wanted to try doing one. I am somewhat satisfied with how it turned out. I wanted to represent both video game worlds by showing how much they contrast yet they compare to each other to an extent. I may not have executed it well, but I hope shows my point. :)

I believe this is all that I have to say about the piece. Thank you once again, MoonsongWolf, for the gift you gave me! :D I'm very glad to have had chances of talking to you about video games and such. You will always be Lady Jeckyll to me. *hugs* (Hope that didn't offend you ^^; )

Final Fantasy IV is published and developed by Square Enix