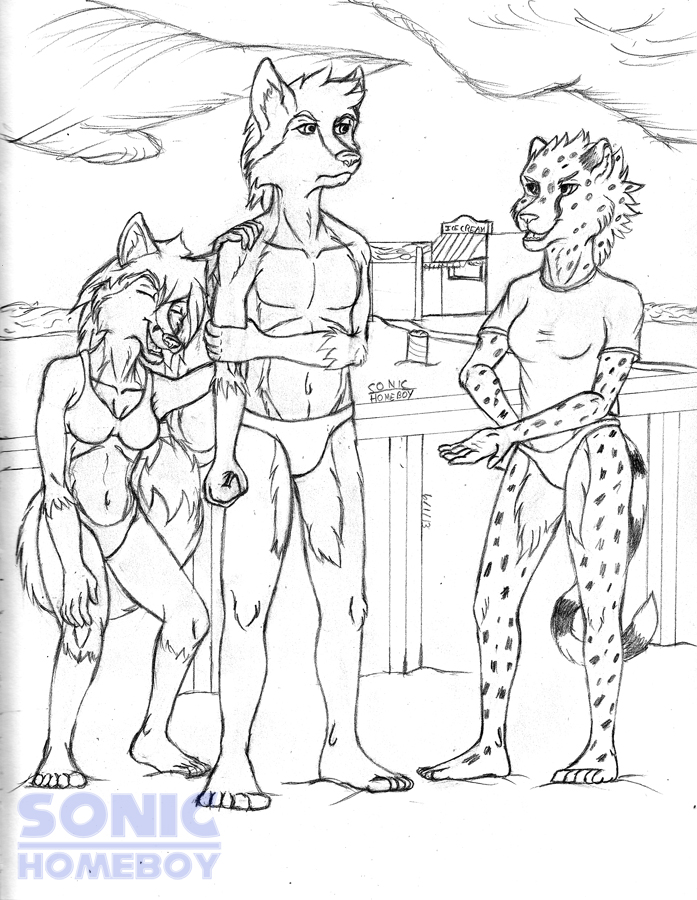 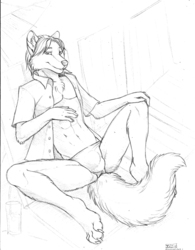 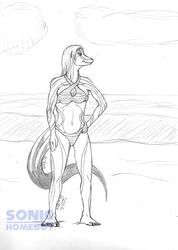 A sketch trade with the very talented

Usually, the beach is where you get to relax and have a great time especially for three friends. Sounds like it would be the case here, right? Well, Poor Buddy (husky) is being picked on by Amber (cheetah) because of his decision to where a Speedo. Sasha (vixen) tries so hard to be supportive to Buddy that even she can't control her laughter. Things are going to be really awkward for the husky. Poor guy. :lol:

Seems like I'm slowly getting better with character interaction. :) That's a good thing since I was worried how Sasha's proportions would turn out with her hand on Buddy's shoulder. Also, drawing in Amber's spots were fun. For a moment, I thought I was creating a pattern since I was going a bit systematically in placing them on herself. However, the overall piece turned out to my liking. :) If anything, I probably could have done better with the clouds. ^^;