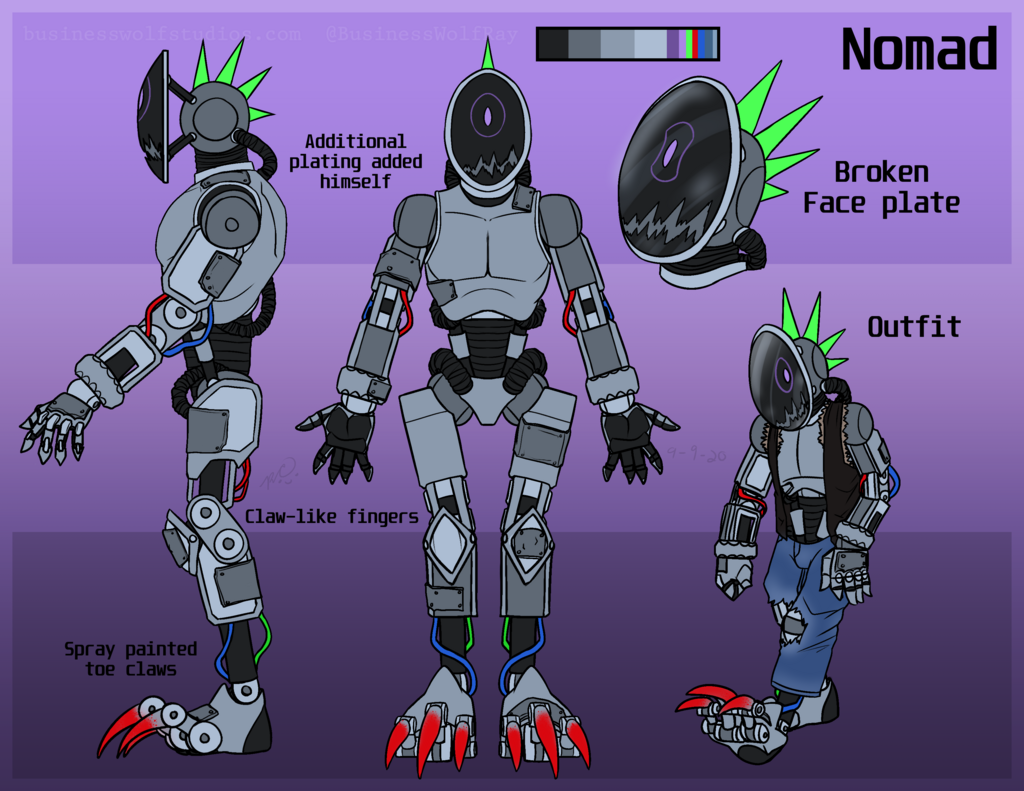 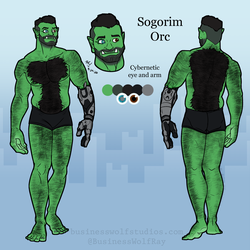 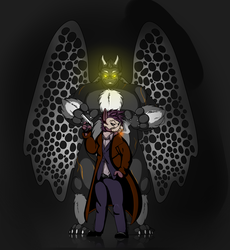 My new robot OC! This is Nomad, a nomadic punk bot. Hee's spent decades modifiying and changing his hardware and software, to making himself more unique. He originally was a prototype for a service robot, but someone got lost in the metaverse and the various realities of it. He came across punk culture along the way, as he slowly grew in a fully sentient and sapient being. He fell in love with the dieas behind punk, and adopted it for his own.

Don't worry, though. Despite his looks, he's a total sweetie and is very protective of those he's grown to care about. He also has a habit of dragging friends to punk band concerts, regardless of how they might feel.

His "face" is an LCD display, with a large crack at the bottom that forms a kind of mouth. His eye is a digital display, as he actually has visual and hearing sensors all over his body.

Art by Ray the Business Wolf
Nomad belongs to me