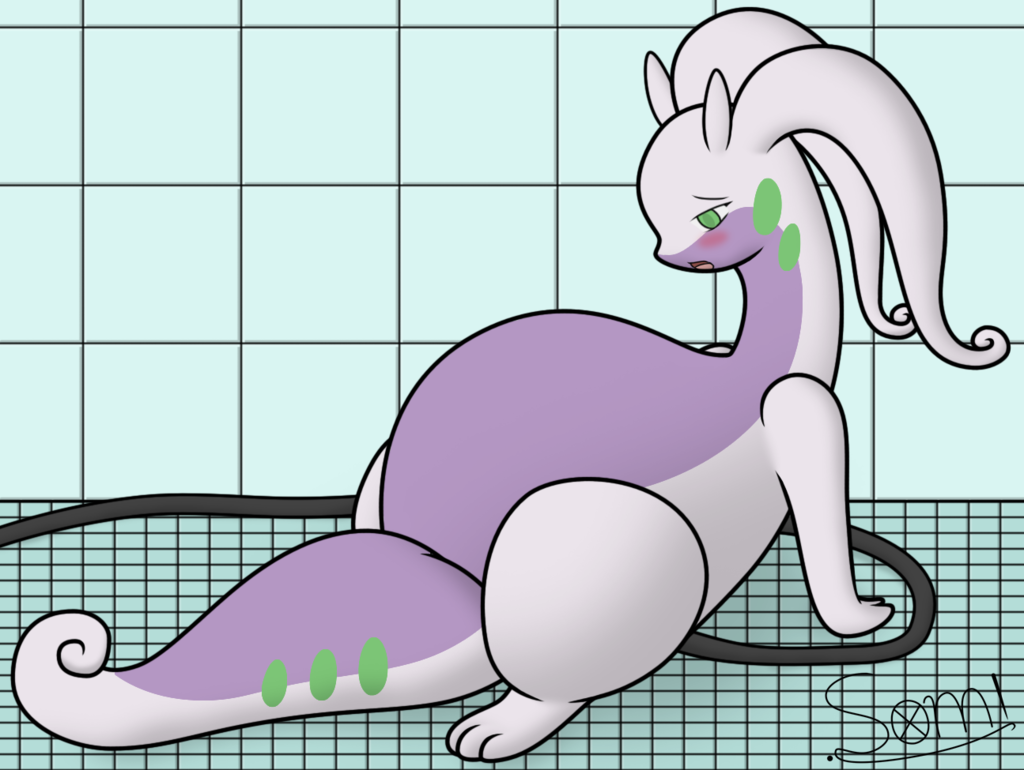 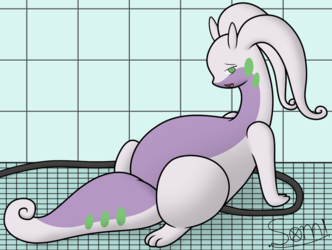 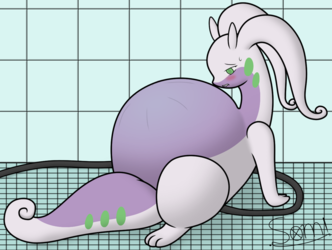 Well, so good so far. Something tells me that this wasn't quite what they had expected (are they nervous or enjoying it?), but there's only one thing to do: keep going!

I don't think there's much to be said here - it's just a belly and a new expression, but I'm oddly fond of it regardless. I do love blushing, for some reason, which probably adds to this. I suppose it's because I'm really into involuntary actions like that.

In that case, the usual stuff: feedback! I love it. Any sort is nice, even a simple "I like this" type comment. Reminds me that there are actual people looking at (and hopefully enjoying) these things.