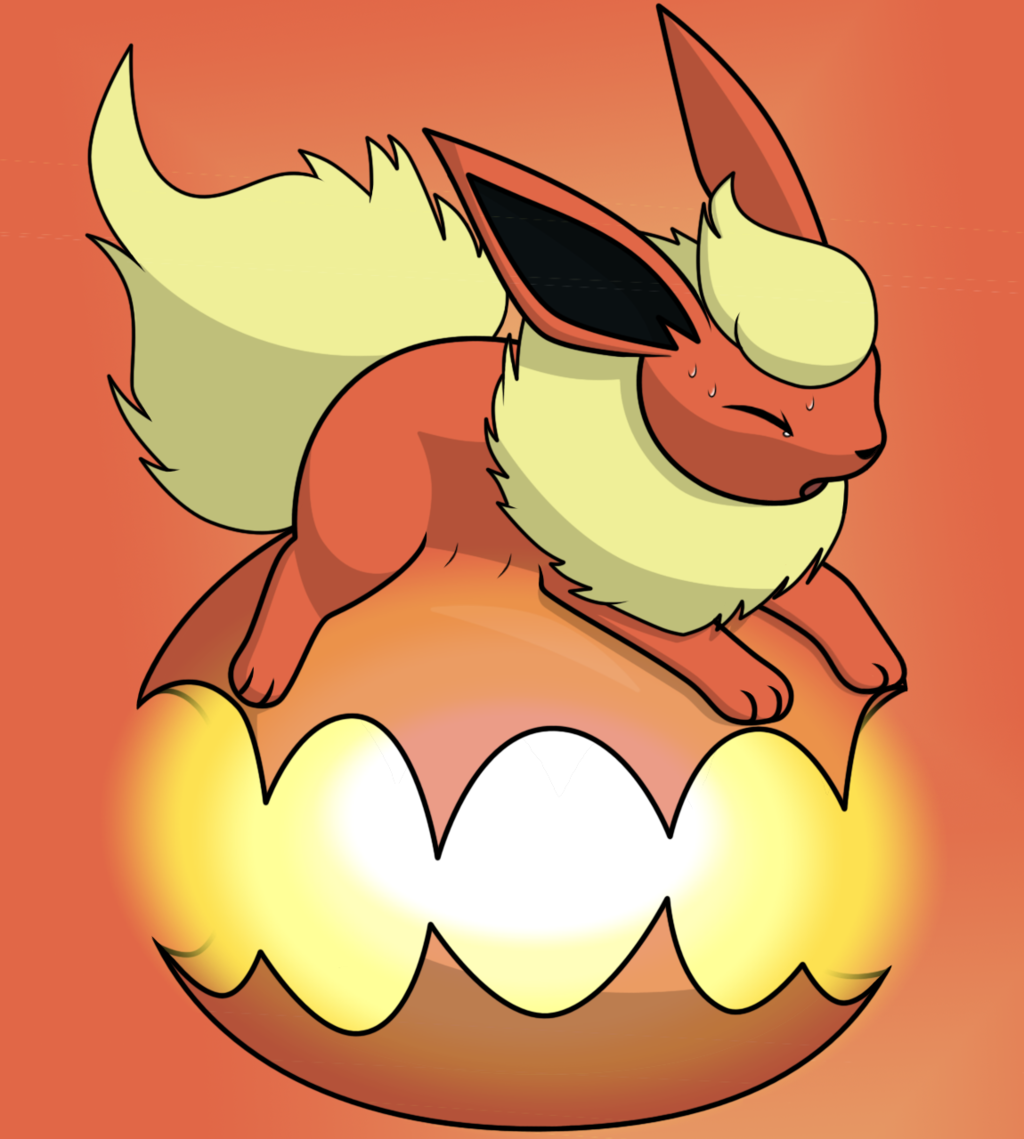 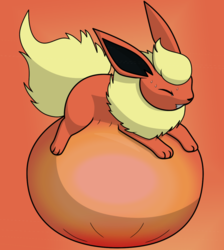 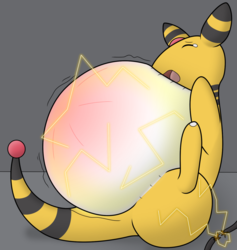 Well, it wasn't much of a surprise at this point, was it? Swollen from the flames, the little flareon's belly gets bigger and tighter until... pop. It looks like the tape finally gave out, too, but I suppose that it's a bit too late for that. Oh well. They did get pretty big, didn't they?Ah, my first illustration of popping. I think that it turned out well enough. I wasn't really sure what to do in terms of making the fire 'fly outwards' as it would when the flareon burst, so I just kind of left it alone, especially with it being fire as opposed to some kind of fluid (e.g. air or water). It's been a while since I screwed around with transparency like I did here (the last time being in "Trapped and Taut," which is kinda old at this point).

Well, I'm quite fond of popping. To me, inflation without popping is little other than a tease, all sorts of build-up without a climax. I don't actually have any stance on the whole "reforming after popping" thing - I simply don't think about what happens after popping. So long as I see somebody burst, I'm satisfied, and death isn't exactly something that I have a thing for, despite my sadistic tastes in inflation that drive me to include all sorts of straining and general signs of the character being inflated being in some sort of discomfort. I do usually prefer that it be cartoon-y without any sort of blood, and I will stick to drawing that sort of popping as such, but I'll be honest and say that I don't mind it much as long as it's on the mild side as opposed to gore and organs everywhere. Bluh, now I have all sorts of mental imagery going on my head (sorry for any unpleasant thoughts I ended up giving you, too).

Anyhow, having not done any sort of pop before, I do know that I can do much better. As always, any sort of advice is greatly appreciated.