Let's start with the simple.

Greetings! I am Solid, t'is my name and what I prefer to be called by. I am, for all concerned, a dragon of a few particular tastes and interests. See if you can guess what they are.

I'm an artist, though I've been doubting if what I do is actually art, not just scribbles of stuff. To me, my work is just a mere expression of my desires and thoughts at the time I have my stylus to the tablet. Nothing special, less it be for someone for a certain reason.

I'd like to say I'm a kind, friendly person, open to all for whatever is wanted of me, but I'm not. You'll find me as a cold, honest and brutal fellow. I'm fairly intolerant of a handful of things which, if you happen to do them, you'll quickly find out. Though I may be quick to irritate, I'm not one to give up on someone. I'm always willing to listen and help and see that I'm fair to you and that I can make you happy, regardless the light I see you in.

To cut this all short.
I draw things, because. I'm a bit of a dick, but not without reason.
I just want to make others happy.
I'm also -NOT- into role playing with people I don't know. If you have to ask, the answer is no.

All artwork not owned by me that I have posted will be marked in some way or form, whether a simple mention in the description or otherwise. Else, all artwork posted was created by myself.

I hope you enjoy what I showcase, and I hope to hear your thoughts on my work. Don't be afraid to contact me for anything you have on your mind. You can contact me through here or skype.

Most recent: -Comm- Tion the (not criminal) merchant 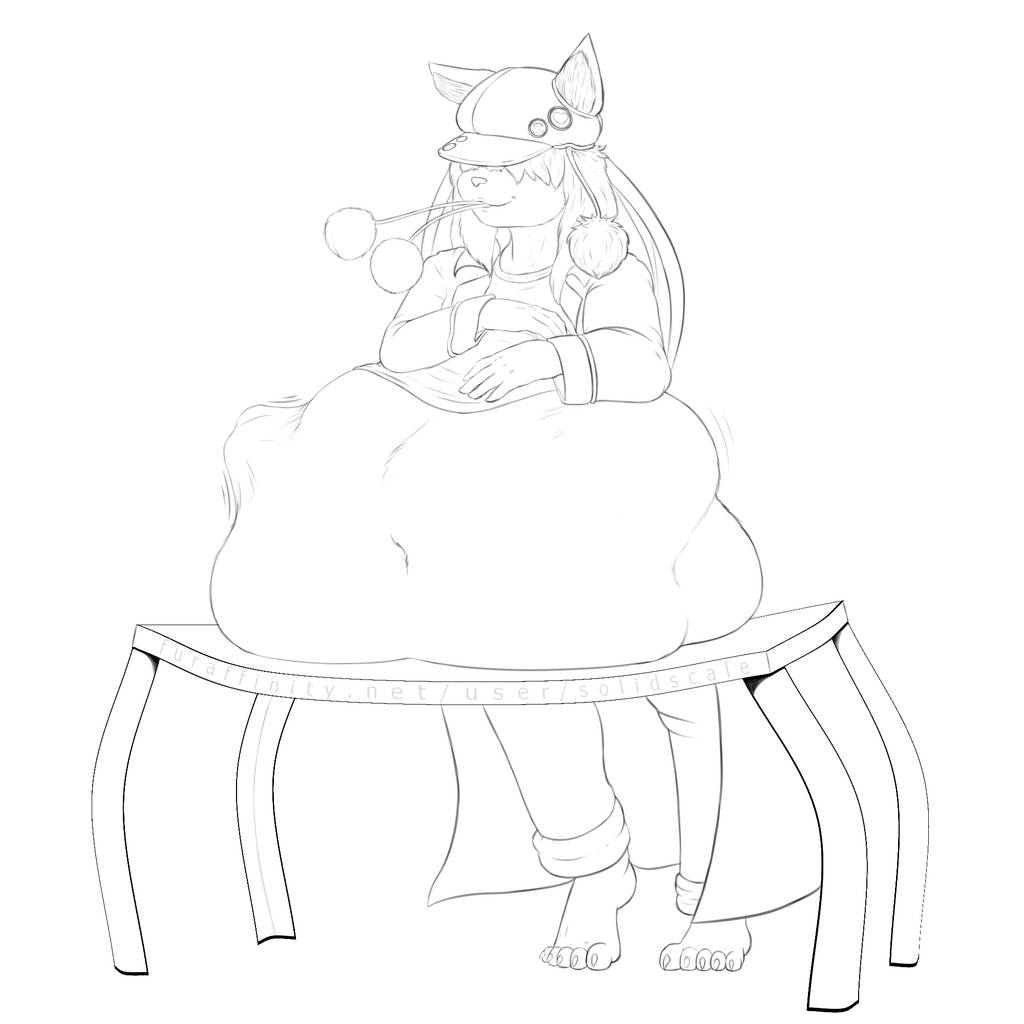 Shit. Very few things went well for anyone that I knew. I don't want to linger on the events of last year, but sad to say some of those events have messed my perspectives and changed me.

That year is over, I'd like to move on and make this year better for myself and the people around me.

I have some plans and goals ahead of me that I'd like to work towards. I'll admit, a lot of them were my plans from last year that I didn't get to complete or work towards. Primarily, I want to get better with 3D work and shift my focus onto modelling and animation and taking that much more seriously. Amongst some other things.

But, regardless, I've slated this year to personal work and spending time with those I love, being happy, at least happier than last year.

What about commissions, mate?

Sad to say, but I am probably going to put that down for a while. 2020 was a bit mentally and emotionally rough on me and I all but lost the drive to draw much of anything. I did over-burden myself, again, but I just wasn't having fun doing much of it and often resulted in drawing the attention people who enjoy the things I dislike, and then having commissions focus entirely around those things. By all means, the people I have met and spoken with have been great and, bar a few, have been a joy to talk to. But some of the work I've gone through has just drained me of enthusiasm.
Like every other year I take up commissions and burn myself out, I need to learn to say no and set boundaries for myself.

At the very least, I'd like to clear my slate clean. I only have one paid commission left to finish, but once that's done, I want to drop everything else that I've had on the backlog.

I feel like people see me as just another dude who draws things for money. Vore things and dick stuff, but things in general. While I appreciate the attention and I am honestly flattered every time someone has approached me for commissions, I want to stop for the foreseeable future.

What do you want to do then, maaate?

3D stuff, as mentioned before, is my focus. I would like to make an animated loop for my picarto stream. Maybe a few if another idea pops up. But I may as well make a short list of the things I want to accomplish or create.

It's not a long list, but these are things I want to spend my time working on. Personal things that help me be me and paint my corner of the internet in my colours.

But, furthering that, I want to be involved more with the friends I've made. I want to be there more than I am, more than just moral support and a voice of reason to pick people up when they're down.

Anything else? Any more thoughts? Maaaaaaaaaate?

Over the past year I've been finding myself more and more distant to people in the fandom. Compiling issues with individuals and groups, personal events changing my views and stance on things, self-esteem issues, etc. A lot of factors have had me looking at this fandom from a different lense, and with the frequency of which I'm encountering people who not only are interested in the things I'm not, it's becoming more frequent that I'm pushed off and ignored because of my differences and thoughts.

I don't blame the people I hang around for this. I tend to hang around people who I'm fairly close with who have opposing interests to me, but we're friendly and respectful of each other due to a long history with each other, they're great people and I love spending time with them. The fan culture around these friends though can sometimes be problematic.

Despite wanting to be closer and more involved with certain people and their friends, I really don't like joining communities. Too often is a community run by a dictator who enables problematic behaviour (to be as inoffensive as possible: artwork being shared without giving credit, art theft, character theft), or someone who turns out to be a pretty horrible person. Otherwise, I often find having been invited to a server quite hard to tolerate as there's always someone there who can't be anything other than the centre of attention, chiming in on every topic and within one message turning into a subject about themselves. Or just a.. discord server that's completely unmoderated and flowing with "friends" who would rather spam the server with shit memes, having zero emphasis on community and essentially just being a vore/belly/dick/species oriented shitpost hole.

But none of that is my problem in being able to connect with the community or individuals. The big issue, the important issue, is that I'm not interesting or engaging.

Now before anyone comes rushing to aid a fractured ego with kisses and bandages and a slice of orange, I want to be clear; I'm not making that assertation about me. I mean in regards to my artwork, my presence.

Unless you read my other journal about my thogughts on vore or have been told by me personally, I wouldn't blame anyone who looks at my work and thinks all of my characters absolutely love the idea of chowing down on the next person to get in arms reach because their tumby went "grrr".
That's not who my characters are and it's gotten fairly grating to have that constantly pushed on me, but it's my fault because I have done nothing but encourage that.

I just want to spend my time cultivating my own characters and my own work this year, as well as getting involved with other people and their work and their worlds where I can. At the very least, I can satisfy myself and then move on to being just another selfish pred dude/lady on the side that people would rather me be, join the ranks proper.

Sorry for it being a bit scatterbrained at the end. There's a lot of unpacking I need to do and there's a lot more to it I won't go into.

At any rate, look forward to me probably being productive again maybe and hopefully some moogle/dragon/??? guts and dicks can be on display soon enough.

Make this year something good for yourselves. It's not going to happen for you.
Or don't. I'm not your boss.

But for real I'd love to learn how to tease people without being boring and bland as fuck and just taking the lowest hanging fruit at every opportunity.