Goodbye To Sleep by Sokalo 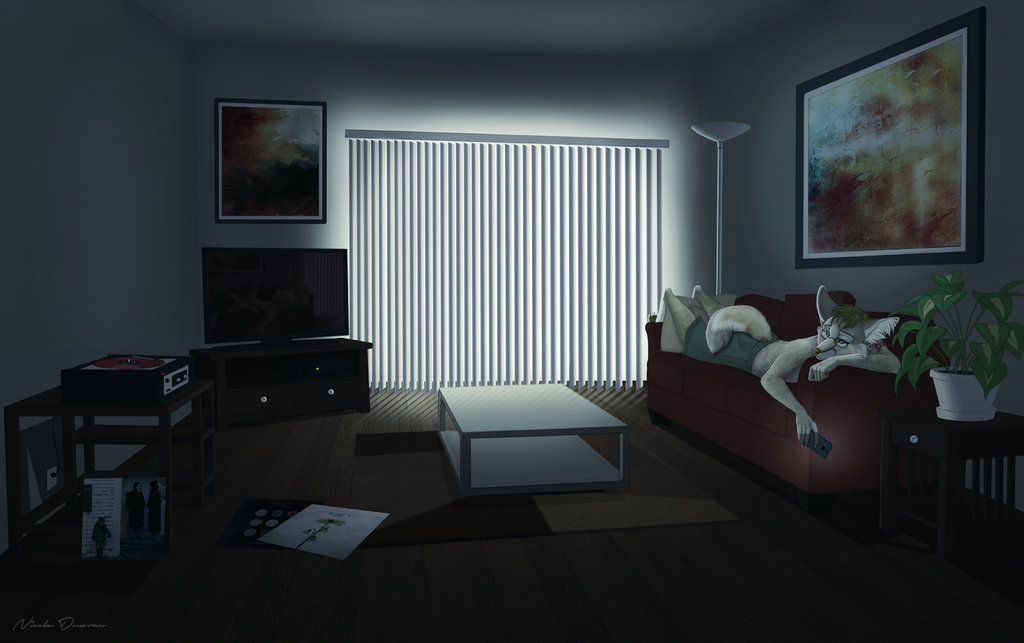 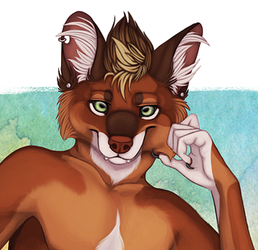 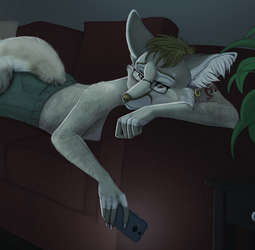 A fully rendered, scenic piece for the ever so fantastic Decibel of FA, who was an absolute joy to work with! I've admired his Cape Fox's design for a long while now, so it was an absolute treat and pleasure to be able to paint a piece featuring such a neat character.

The piece was based off of Brand New's album, The Devil And God Are Raging Inside Me. Seen here is Decibel, obviously dealing with some sort of inner turmoil, casting himself away to an evening of sadness and solitude. I wonder what sort of depression has befallen this poor fox; I hope whomever he's attempting to contact replies to him soon. Or perhaps he's just received some sort of devastating news? It's up for the viewer to decide.

This piece was an absolute joy to work on, and proved to be extremely educational for me as well. I don't often get to depict indoor scenes, or pieces with so many inanimate objects, and I think I learned some valuable things along the way. It also ended up being an emotional process for me as well; about halfway through the piece I received some devastating news regarding a young boy that I know (family friend's son; but honestly we're so close to the family that I consider the kid a younger brother) that left me absolutely distraught, and his situation along with this piece's designated album put me in a mental state pretty close to what poor Decibel's must've been in this piece.

fun fact: the image above Decibel's head is actually an extremely, extremely warped image of a taco