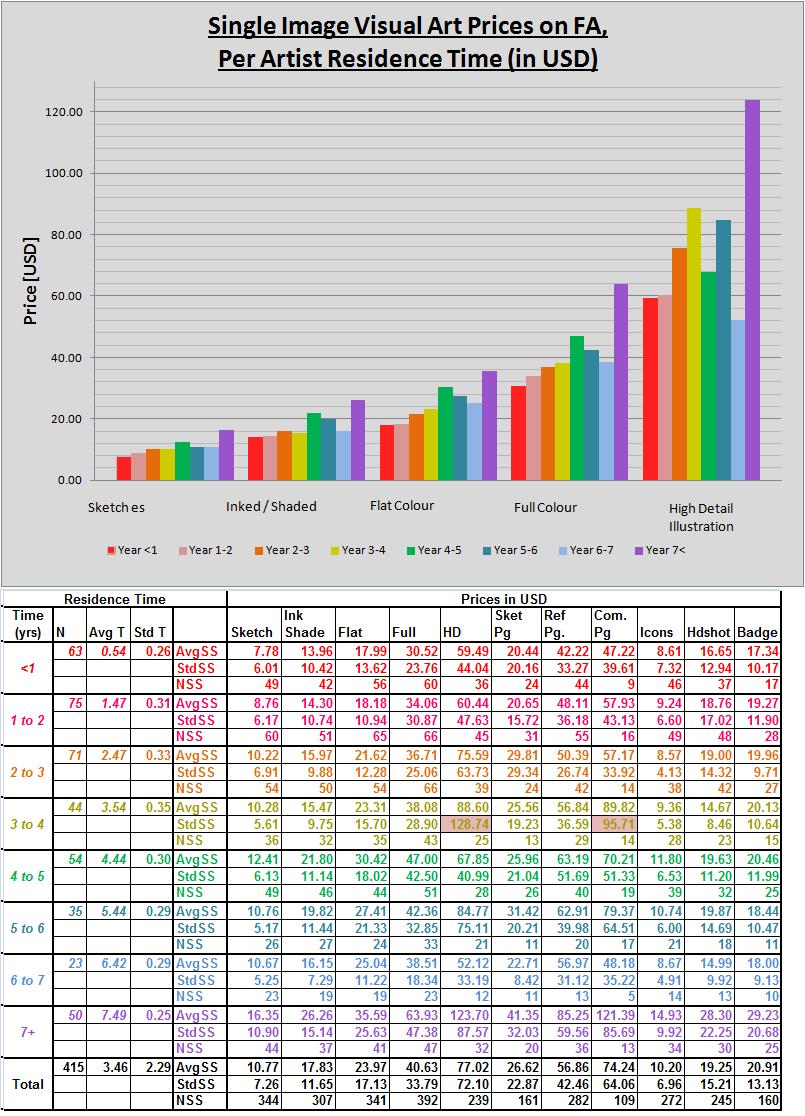 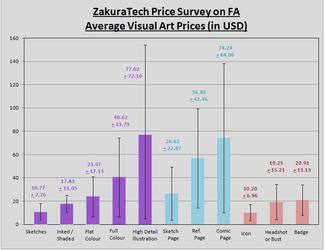 More Data from the ZTS Survey on Artists prices [2013]

This time we are looking at Image Prices, compared to the duration of time the artist has been on FA - ie, Residence Time. The graph only shows Single Image art, [Sketches, Inks/Shades, Flats, Full, and High Detail Drawings], but I included the entire data set for people to look at.

I honestly did not expect to see so clear a trend in the data, but the results seem to indicate that artists increase their price over time. Whether this is a result of more pageviews/time => more viewers => more people willing to pay increased prices, or just a case of people getting better and charging more is up to speculation.

The anomalously low values for Year 5-6 and 6-7 is the result of the extremely low sample size relative to the other groups. [35 and 23 respectively]. Maybe there was a generation gap in furry artists of the last five years or something?

Freakishly high standard deviation values remain though, and in a few cases were near or beyond 100% of the average [see the pinked out squares for examples] - which is why I did not post error bars this time around.

Excel Data breakdown;
Data is colour coded by year, which corresponds to the colours on the graph above.
Time is given in a range of 1 Year apiece,
N = Total Number of Artists in that age group
Avg T is the average Residence Time
Std T is the standard Deviation of Residence Time
AvgSS = Average Price per SubSample [Age Group]
StdSS = Standard Deviation of Prices per SubSample [Age Group]
NSS = Number of Artists who reported Data in that Subsample [you get it by now]