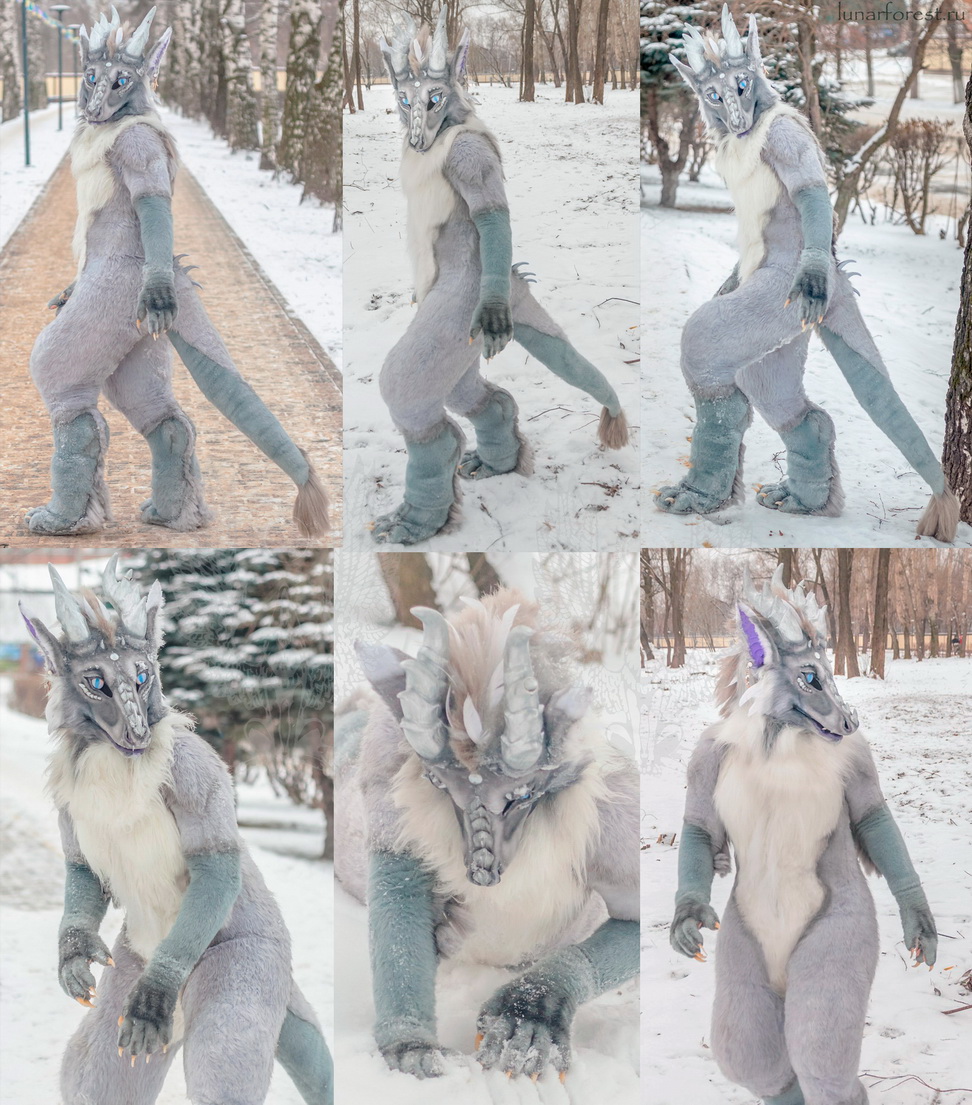 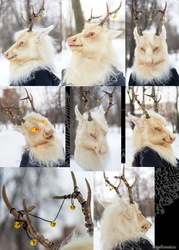 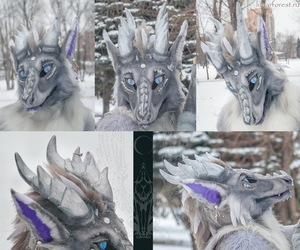 A small and final update for Stellar's horns and appearance!

..for starters let me tell you a story.
"Long ago in the vast expanses of the North live ancient Snow Dragons. Is a kind of dragon that live exclusively in the snowy and sparsely populated plains and high in mountains and forests that have remained virtually unchanged. Legend has it, they make a dance "Fiery serpent, dancing in the sky" and escorted spirits of the North to bear on their wings a snowy winter.. Their lifestyle resembles like a wolves, they live in a certain pack, but a pack this could be very far away from each other, and despite this, they always have an inner connection with other snow dragons, which can be very long not to see. The Elder is always in charge. Nobody knows when he appeared, according to legend, this is one of the chthonic deities, the patron Saint of disaster, emerged one of the first and other natural deities at the dawn of our world.
They have thick soft fur that is slightly iridescent and sparkles as snow, and perfectly resists to strong frost. It is shorter on the sides and legs but longer on the neck and the abdomen, the crest grows a hard spinous hair like a horse with patches of feathers. Male Dragon have instead feathers exclusively thorns. And the older a Dragon is, the more areas of the body covered with long fur.
Their blood is colder, so entire skin is purple, except for pads on the feets. Paw paws is a very individual painting of each of the snow dragon. Their age is synonymous with self-knowledge. And the older the dragon the more he's definitely revealed their abilities and knowledge. Over the years, they do not grow old, but grow old from wisdom. This is a fee for great knowledge and abilities to control the elements, which are assigned to each in his measure.
Separate words deserve their horns, they entered into the culture of the Snow dragon, where everyone wears them with great pride and honor, even if they only hatch from the children's fluff. When the dragon hatches from the egg, it is covered with all the fluff and feathers, like a nestling. Nor horns, nor spines and scales have him until there is no. All these beautiful and formidable jewelry purchased with growing up. And the younger the dragon, the smaller and thinner the horns. With the comprehension of Knowledge - growing up, their armor grows stronger, horns acquiring bizarre growths and ledges, and spikes and claws become sharper.

Stellar is still young, but already grow up out of childhood thin horns. She still likes to frolic, play and dance with the wind. Loves to swim in the snow, walking and drawing at night patterns..Likes give fairy tale and a sense of magic. But at the same time children's pranks are replaced by seriousness and consistency. In a moment the look in her eyes replaced with mischief on cold frosty nights, which scares lovers of heat."