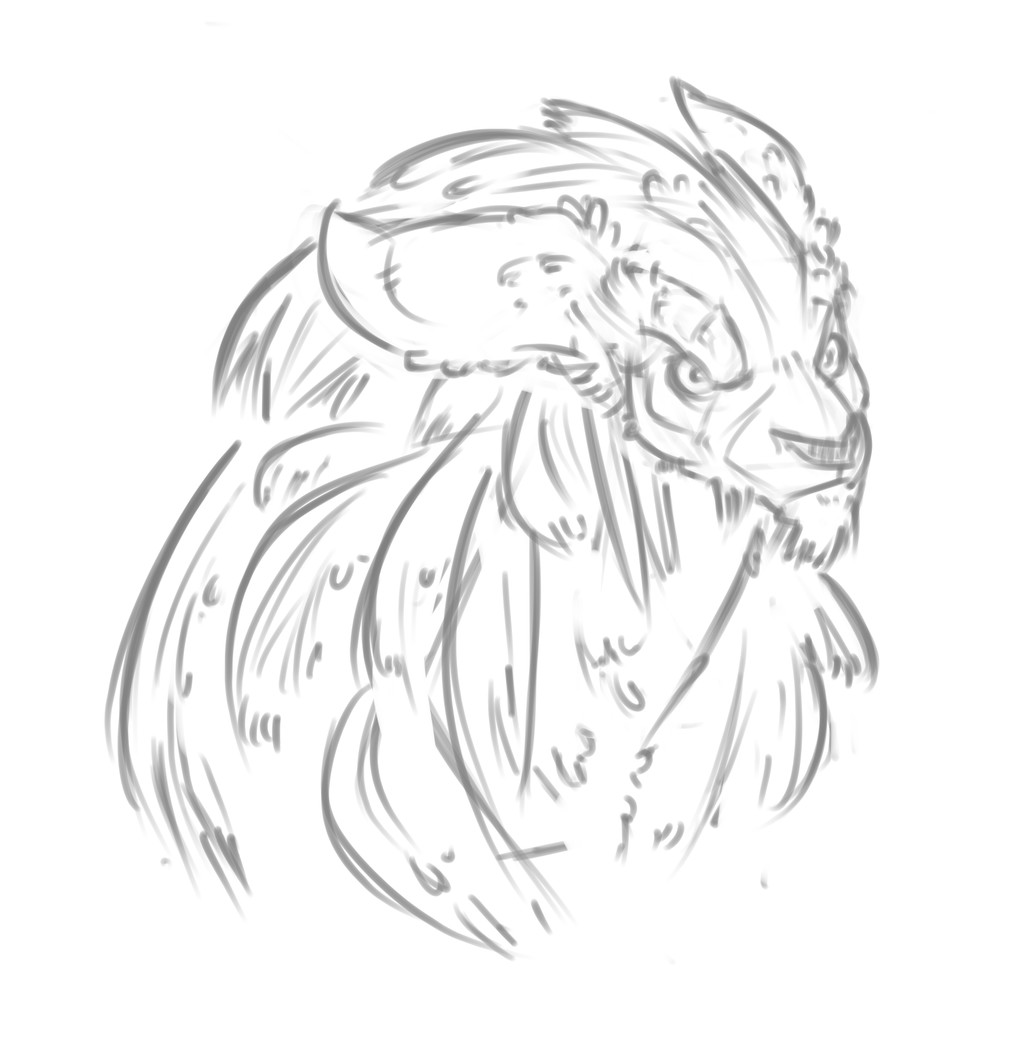 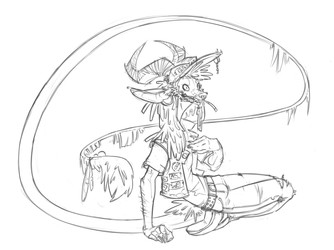 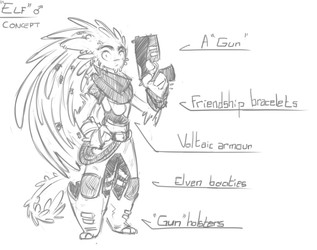 Do not read if you’re one day planning to play D&D with me and you want to not suffer spoilers.

This is something I made last month. I know it’s not much, but right now I feel like releasing it. I guess I just wished to talk about my character ideas, even though there’s nobody to talk to.

This is a minor concept art piece for a character named Bramble. Bramble is one of the great forest lords, tall, majestic and highly intelligent demigods of sorts that watch over their own woodland realms (very original isn’t it). Usually, they have a very dignified outlook and sport massive, beautiful antlers. Not him; no longer.

When Bramble was still “Ce’tan”, a Lord, watching over his own, he was thought around the forest to be kind and attentive. Strong-willed and calm, he took on his duty with fatherly instinct. But one day an ancient evil awoke and attacked his land, rampaging and destroying, and Bramble went to confront it himself. After a terrible battle where he might very well have died, Bramble finally managed to overcome the vile spirit... The fight had been so fierce that it had ravaged his woods, and the land was scared forever; there was so much damage that its inhabitants had to leave and scatter to neighboring forests. He, himself, could not bear the weight of what happened either. The battle had left his horns broken, as well as his spirit; when all looked to him for guidance, he was nowhere to be found. Lord Bramble disappeared there and then, without a trace or an explanation. There was even talk of darker ends to his story; a lingering injury leading to death, wounds that would not heal, or the darkest theory, that he in fact could not bear the psychological trauma and ended his own life.

In truth, Lord Bramble reappared far away, across the realm, as simply “Bramble”. His shattered horns had been completely removed, his big ears were kept constantly tucked back, and his shaggy fur seemed to have been cut and ripped so as to give it an ordinary, even neglected appearance; in this state, none but perhaps a few savvy and wary kinds would suspect he is, in fact, one of the great lords, and not a particularly quaint creature of the forest, one of those that seem to be one-of-a-kind, and from deep places where few beings go to stroll. There was very little to say about this new neighbor because he was rarely seen. Great lords were never very social creatures, and often needed isolation, even from their own kind. Bramble was no exception but also seemed to suffer from a form of weariness proper to him; and lately, has been thought to be hibernating. Despite this, he was sometimes seen going outside on errands, as if seeking something.

Beyond his traumatic past, there was still a strange glint in his eyes, a form of determination. Bramble is not hiding out of cowardice. While he might be a shadow of his former self now, he is in fact questing, looking for answers. He wishes to understand what had exactly happened. He felt that there was more to it. Thus is he prime NPC material.

When you will see him for the first time it will likely be when you can witness him carefully inspecting the few birds that will inevitably come say hi when he gets out in the early morning, before he lets them play hide and seek in his dense mane. His paternal ways still persist and even his much more clueless neighbors of today generally understand him to have more compassion than his appearance suggests. And understand that they must respect his need for distance, silence and discretion.

Hidden in his dwelling are the fractured remains of beautiful carved horns. A little bit of it has been further removed and ground away (and very discreetly, a few local uncurables had received miraculous treatment, but this is very unrelated news). In a corner, the floor is littered with tufts of trimmed fur.

Do not pet Bramble. I know it’s tempting and that he wouldn’t object as much as he’d pretend to but he is a great lord of the forest and you do not pet the king of the forest okay.

TL;DR: Local furry dad fights Balrog, loses horns, goes to live elsewhere to treat his PTSD. Pretends not to be the foresty duke from the story about the foresty duke that punched a Balrog. Tries to look plain and boring on purpose. Still a caring daddy but shush.