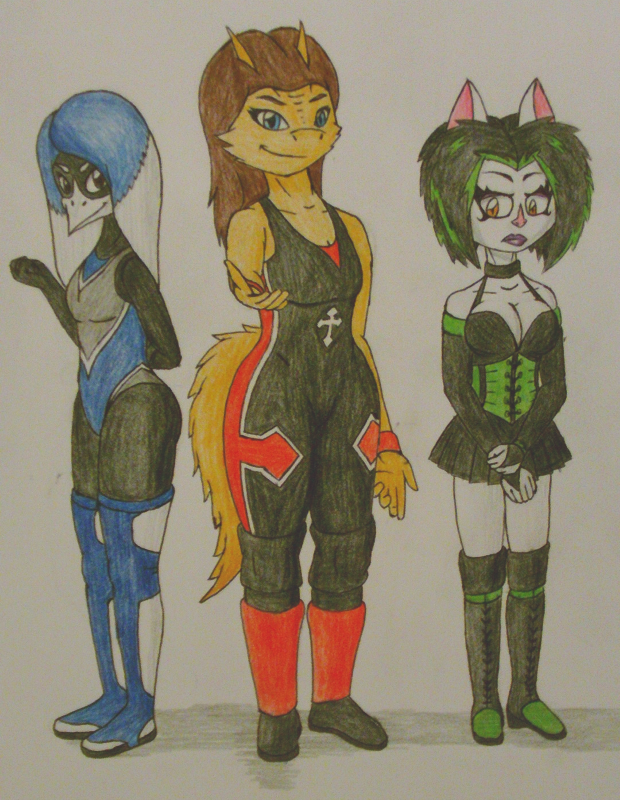 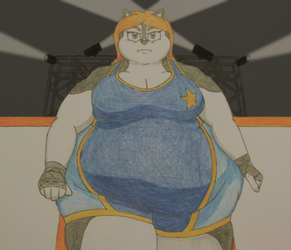 You can't have wrestling without bad guys, so here's three of them!

Elissa DiAngelo, front and center - Very well-rounded between the ropes, queen manipulator everywhere else. De facto leader of the stable, masterminding their shenanigans.
Alice Beaumont, on the left - Swift and agile, cunning and devious. Opponents seem to think the worst will happen when she's around, and she's happy to prove them right.
Zoe LaRoux, on the right - Scrappy and occasionally reckless in the ring, near silent and a bit reclusive outside of it. She's out to hurt people as badly as she's been in the past.

The Trinity has bent the world to their will through psychological suggestion, overwhelming through numbers, and general heel-ery.

Also have a theme for them: https://www.youtube.com/watch?v=t32x-jI7_js