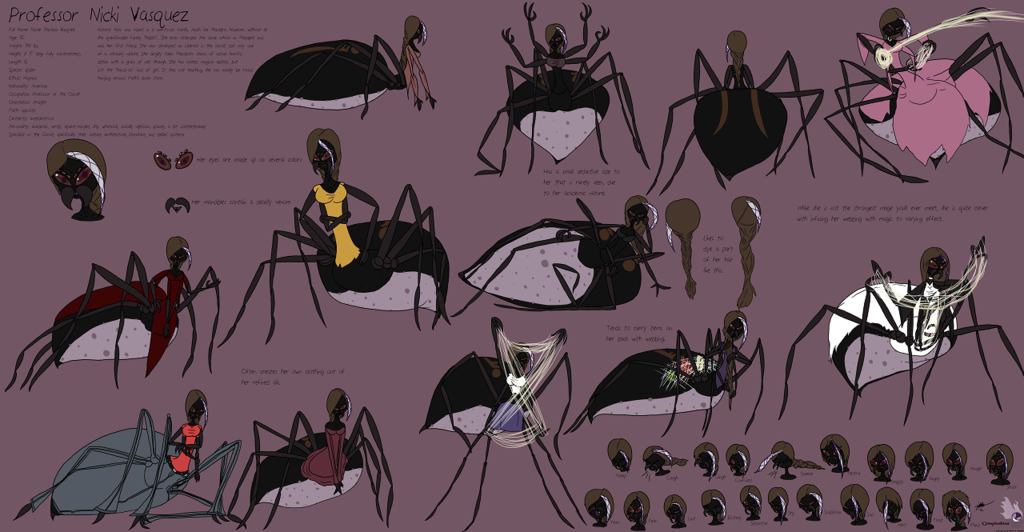 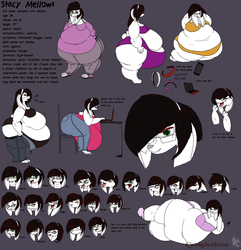 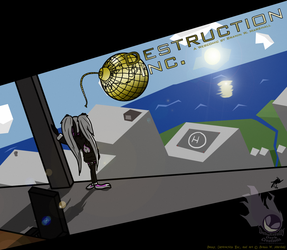 Name: Nicki Vasquez
Full Name and title: Professor Nicole Mariana Vasquez
Ethnic: Hispanic
Nationality: American
Age: 30
Gender: Female
Weight: 342 lbs.
Height: 7' 5" (legs fully outstretched)
Length: 6'
Species: spider
Dexterity: ambidextrous
occupation: Professor of the Occult
Relationship: single
Orientation: Straight
Personality: academic, nerdy, absent-minded, shy, whimsical, socially oblivious, spacey, and a bit scatterbrained
Specialist in: the Occult, specifically their culture, architecture, literature, and belief systems (but all from an academic interest)
History: Nicki was raised in a well-to-do family, much like Macabre, however, without all the questionable family "habits". She even attended the same school as Macabre and was her first friend. She also developed an interest in the occult, but only one of a scholarly nature. She largely takes Macabre's claims of actual horrific deities with a grain of salt though. She has limited magical abilities, but isn't the "hands-on" kind of girl. If shes not teaching, she can usually be found "hanging" around Faith's bookstore.
Additional: Her mandibles contain a deadly venom. Tends to make clothing using her own refined silk.