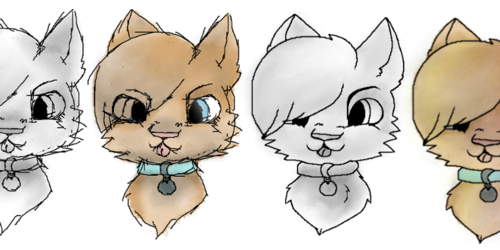 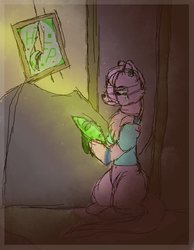 One thing I realized the photo still might be too small. it's all different variants of the same character kind of. One thing I do know is the tags would be an absolute nightmare for this photo lol.

Actually one more thing I dare you to guess as many references that you can think of that is in this photo or find, it'll be kind of similar to find Waldo.

If you have any questions about any of these characters, or four lol's towards the characters. Feel free to comment whatever you want, and I'm also curious what people think of it so far.

Random info about the characters in order, also not complete yet.

The gift comes from what does not exist?

Nothing and the tree are one?

The clock is seeable through the vines?

The number of nothing watches and guides you?

The ones that protect zero and the tree, the reason that they have such a vacant stare is that they are emotionless they cannot feel anything not even pain. in a way you could say there Solus... but aside from that they follow every command in order from zero regardless of what it is, and they're are the only ones that can leave this Realm.

The one that is known as Sky Dragon, but that does not reveal the true name that she goes by, that is made from three separate entities. Each one has their own level of importance and strength to the overarching whole of the council, even each one individually for example the right head the spite its gluttonous appetite but has a childish outlook on the world, but on the counter side of the opposite head of the opposite direction is very aggressive hard-headed and foolish to the world, but if you get on that one's good side she's quite a romantic and you could almost say she's a loyal "friend"... One of their achievements their accomplishment decides from the Sky Council was clones without Sky Dragon clones would not exist in the first place, but from the amount it's unknown if it was a good or a horrible disaster for that to happen in the first place. Especially since the machine is not monitored at all and from that any type of combination could happen. There is two types of Sky's that are the bane of her existence because of that fact, and they are known as Extreme Sky and Rick Sky. And worst of all there's a rumor going around that one of the Clones went Rogue but so far is only known as a myth but it's highly advised to be careful around Sky's with red eyes, by the off chance it's not a rumor?