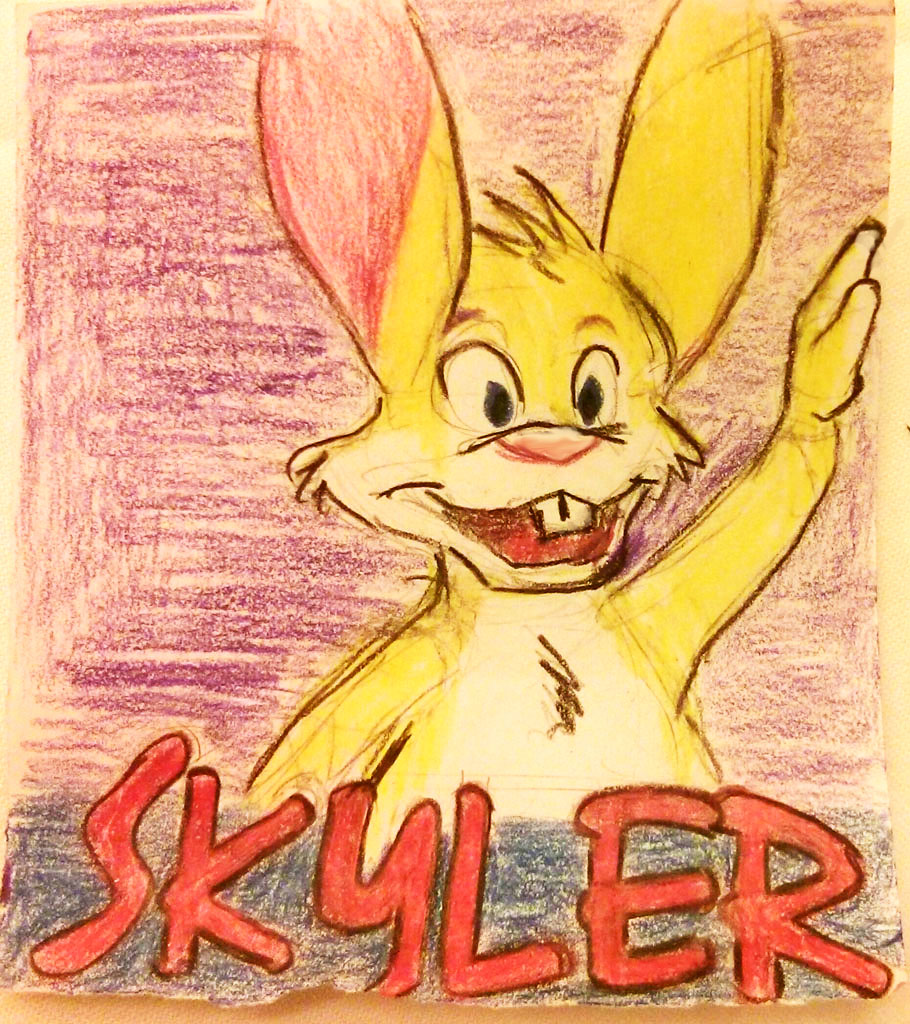 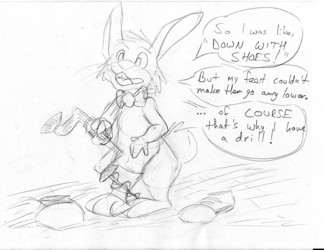 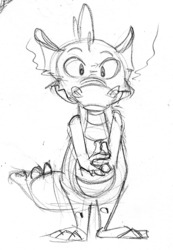 I was at Rainfurrest this last weekend (it's basically my local con!) and there was a Thursday panel, called something like 'Badge 101'. I've seen panels named like this before...it usually means something like 'Here's how you commission the kind of badge you want from a dealer'. Mostly, it seemed it'd be a nice break for a while before dinner, and the evening.

NOPE. What it actually was was more like 'So you're an artist who wants to sell badges! Here's my advice on that.' This was followed by 'So, who wants to draw one? If you don't have supplies, we've got some stuff to borrow here. By the way, we lose the room in an hour, so...off you go!' Armed with part of a guy's sketchbook page, a pencil, and a few colored pencils...off I went.

So I went at it. It has its issues, but seeing as I did it in 45 minutes, while conversing here and there with people nearby? I'd say it wasn't too bad for that!

(Yep. Rips on the lower edge. I did say quick and dirty, right?) *grin*